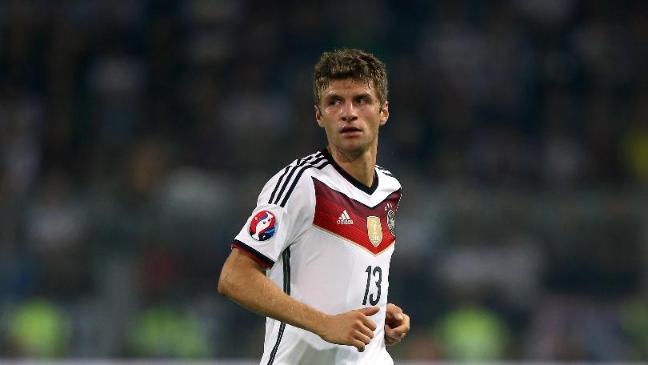 Northern Ireland host Germany in the World Cup qualifier at Windsor Park on Thursday night. Martin O’Neill’s side are assured of second place in Group C with the likes of Azerbaijan and the Czech Republic eliminated from the competition. Despite this, they will have to secure at least a point in the remaining games against Germany and Norway in order to reach the playoffs. Germany, on the other hand, have a 100 percent record in the group, and they are five points adrift of Northern Ireland. The World Cup champions have looked invincible with just two goals conceded, but they will look to secure the automatic berth with a positive result in Belfast.

Thomas Muller – Germany: The Bayern Munich forward is likely to provide the creativity in the forward department with Timo Werner sidelined with a neck injury. Muller has not had the best of times at club level of late, but his performances with the national team have been consistent. The 28-year-old is the leading scorer for Germany with five goals in the qualifier phase.

Kyle Lafferty – Northern Ireland: The former Norwich City man will be the main man for Northern Ireland, who do not possess a similar attacking threat to the Germans. Lafferty has impressed for the Hearts this term with seven goals in 11 appearances, but he will have his task cut out versus the German backline which could feature Mats Hummels and Jerome Boateng.

As good as Northern Ireland have been, they were outclassed by Germany in their previous fixture. O’Neill’s side possess defenders with Premier League experience, but going forward, they are unlikely to present much of a threat. With six players just a caution away from suspension, and they could take it slightly easy while closing down their opponents.

Barcelona's Gerard Deulofeu could return to AC Milan on loan