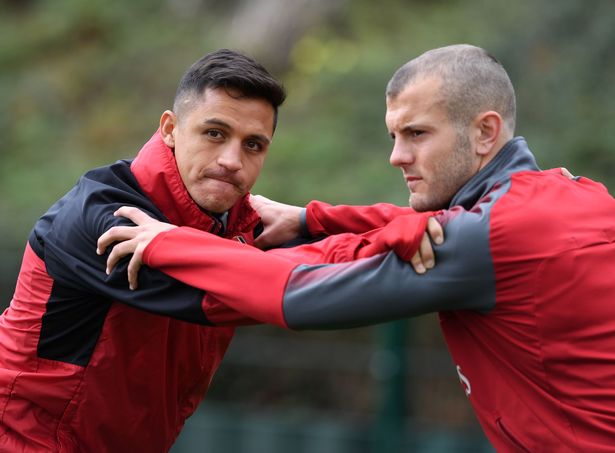 Belarusian champions BATE Borisov will entertain Arsenal in the Europa League group stage game at the Borisov Arena on Thursday night. The East European outfit are third in the Vysheyshaya Liga with 51 points following a run of four wins, which sees them two points adrift of leaders Shakhtyor. Arsenal, on the other hand, have had a tough run in the Premier League, and they are six points behind table-toppers Manchester City after just six games into the season.

BATE and Arsenal have no previous meeting on record, but the Barysaw outfit have proved tricky opponents at home having previously beaten the likes of AS Roma and Bayern Munich in Europe. They also have credible draws against Paris Saint-Germain and Juventus in the past.

The 27-year-old striker has been in good form for BATE in their domestic division with 14 goals in just 17 appearances. The Belarusian scored 11 goals in 11 consecutive games earlier in the season before going through a four-match goalless run. Gordejchuk put things straight over the weekend with a hat-trick in the 6-0 thrashing of Slutsk, and he is likely to prove the main threat to a second-string Gunners backline.

The Arsenal midfielder showed glimpses of his old self during the 1-0 League Cup triumph over Doncaster Rovers last week. Wilshere has yet to make a league appearance for the Gunners this term, but he will consider the Europa League as a potential route to regaining his reputation as one of England’s finest talents. The 25-year-old is likely to start in the central midfield role against BATE, and he will be keen to prove his worth to Arsene Wenger, who has stood by his hard times with injuries.

Arsene Wenger is likely to involve a number of fringe players in the game, but the quality from the likes of Mesut Ozil and Olivier Giroud from set-pieces could prove the difference between the sides.

TTransfers
Read More
Spanish giants Barcelona have reportedly earmarked Mesut Ozil as a potential candidate to replace Neymar, who made his…
TTransfers
Read More
Arsenal have been linked with Uruguayan international and Sampdoria midfielder Lucas Torreira for quite some time and now…
SSite News
Read More
Arsenal have reportedly decided to reward manager Arsene Wenger with a fresh two-year contract after salvaging the club’s…
EEnglish Premier League
Read More
Serie A pairing Juventus and Inter Milan could potentially battle it out for the services of Arsenal striker…
AArsenal
Read More
Arsene Wenger will travel with his Arsenal squad for a testing trip to Red Star Belgrade on Thursday…
EEnglish Premier League
Read More
Premier League club Arsenal are planning to hold negotiations with midfielder Aaron Ramsey this summer as they seek…