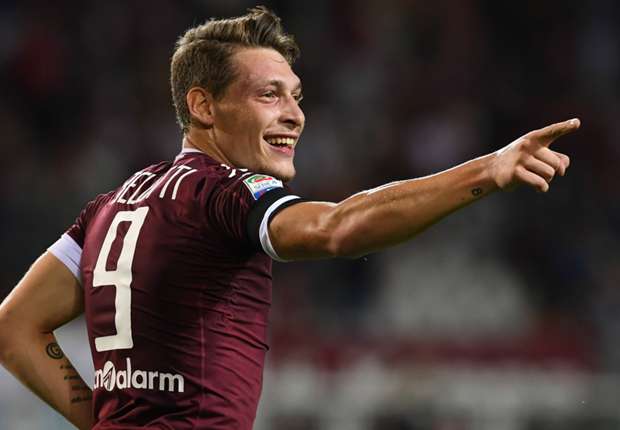 Premier League leaders Chelsea reportedly hold an advantage over Manchester United in the pursuit of Torino striker Andrea Belotti in the summer.

The Italy international has had a top campaign for the Serie A club this term, and his showing has attracted interest from a whole host of European clubs.

According to The Express, the west London giants are leading the race to land the highly-rated striker, who is keen on plying his trade in next season’s Champions League.

Belotti, formerly a player at Palermo, is currently the joint top scorer in the Serie A with 25 goals, and he could be on the move this summer, should any club match his £84m release clause.

Manchester United have been recently rumoured (The Star) to be lining up a potential approach for Belotti but their hopes could be diminished with the marksman keen to feature against the Europe’s elite next term.

The Red Devils were rather wasteful against Swansea City over the weekend as their lack of cutting edge cost them a win which would have pushed them into the top four positions.

Jose Mourinho’s side are currently a point behind fourth-placed Citizens on the table but they could still qualify for the Champions League by lifting the Europa League title this season.

As of now, the Blues appear to be on the front foot to sign the Italian forward, who could replace Diego Costa at Stamford Bridge in the coming campaign.

Costa has shown signs of his old self in the past few games, but he is still the subject of Far East interest with several Chinese clubs willing to offer him a bumper package to leave the Blues.

Belotti has amassed 39 goals across all competitions for the Turin-based club since arriving from Palermo for a fee of around £6.32m in the summer of 2015.