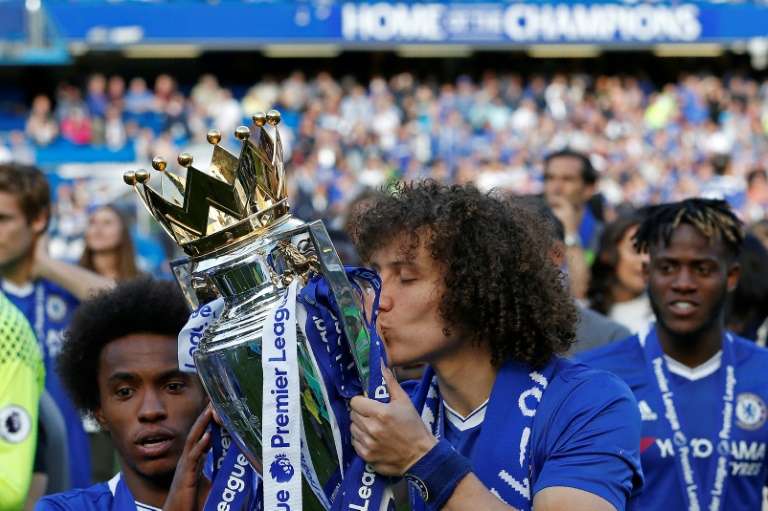 Chelsea have reportedly planned contract negotiations with Brazilian centre-back David Luiz following his impressive start to the current campaign. The 31-year-old had a rather disappointing season last term where he managed just 10 league appearances but he has managed to reclaim a regular role this campaign with the change in management.

According to London Evening Standard, the west London giants are seeking to extend his contract beyond the summer of 2019 with manager Maurizio Sarri keen of keeping hold of an experienced head at the heart of the backline.

Both Luiz and club-captain Gary Cahill have just nine months left on their existing deals but the club have supposedly made it a priority to extend the former’s stay ahead of the skipper, who has been phased out of the starting lineup this term.

Cahill has been a huge influence for the Blues with over 35 appearances in seven of his previous eight seasons with the Blues but it appears that his time at the Bridge could be coming to an end with Sarri recently indicating that the Englishman will have to stay patient for gametime.

To date, the former Aston Villa graduate has managed under 30 minutes of Premier League action which came via single appearance against West Ham United and he has previously dropped a hint that he could make way during the winter transfer window.

Meanwhile, the Blues are likely to start contract discussions with Luiz in the next few weeks but it remains to be seen whether he would be offered more than a year’s extension, considering the Blues’ shrewd wage policy with regards to 30-year-olds.

The FA Cup holders have on most occasions handed only 12-month rolling contracts to players aged above 30 and the same could be offered to Luiz, unless the club make a special exception for the former Paris Saint-Germain ace.