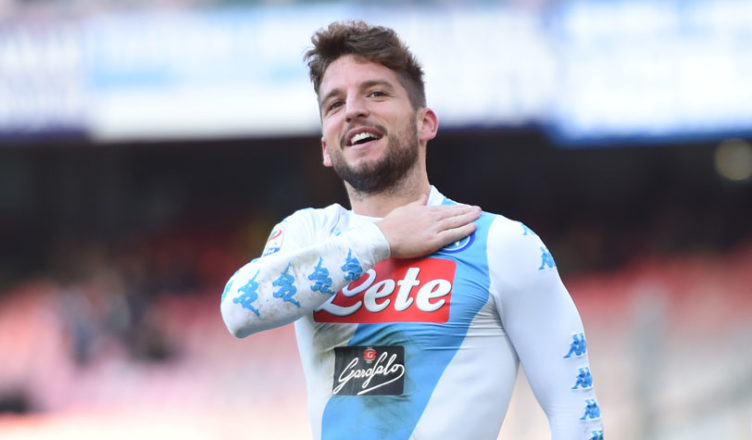 Premier League duo Chelsea and Manchester United could reportedly go head-to-head in the pursuit of Napoli frontman Dries Mertens in the summer.

The Belgium international has had his best season in the Naples shirt this season after having amassed 33 goals across all competitions – including five in the club’s Champions League campaign.

According to The Sun (via La Repubblica), the former PSV man could be on the move this summer with both United and Chelsea in line to table respective offers for his signature.

Mertens, who has a year left on his Napoli contract, has remained mum over his future in recent weeks, but club president Aurelio di Laurentiis has nevertheless displayed confidence in keeping hold of the asset.

The versatile forward is understood to have already received a £4.3m salary package (The Sun via La Repubblica) from United, whose officials had met up with him earlier in March.

However, the Red Devils could still be rivalled by London giants Chelsea with Antonio Conte keen to add more options in his attack front ahead of next season.

Conte would be willing to match the United wage offer whilst offering the chance to play in the Champions League – something which is not a guarantee at Old Trafford next season.

Jose Mourinho’s side somehow managed to reach the final of the Europa League last night after they earned a hard-fought 1-1 draw against Celta Vigo at home which sealed a 2-1 aggregate win over both legs.

United will face a young and talented Ajax squad at Stockholm in the final, and they will need to be in their best form in order to avoid a similar upset to Liverpool’s during the previous campaign.

Mertens had initially started off the season in his regular wing role before a knee injury to striker Arek Milik forced manager Maurizio Sarri into a change.

The Belgian has since revelled in his new centre-forward position, and this has brought a new dimension to his game as he enters the latter stages of his career.