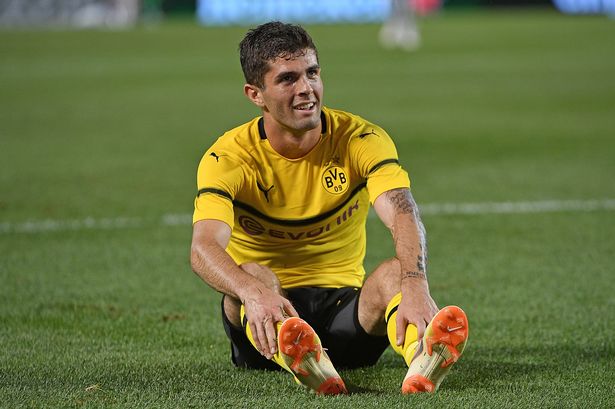 Chelsea have made a formal announcement regarding the signing of Christian Pulisic from Borussia Dortmund. The west London side had been linked with the United States international over the past few weeks and they have now officially sealed his signature with the condition that he would spend the rest of the season on loan with the Bundesliga leaders.

Pulisic has been widely regarded as one of the best young players in the Bundesliga but he has not quite exhibited the same kind of form during the ongoing campaign where he has been hampered by fitness concerns as well as the additional competition brought about by the emergence of Jadon Sancho.

As such, he had shown the reluctance to extend his contract beyond the summer of 2020 and this left Dortmund with no choice other than sanctioning his sale after the Blues came up with a bumper £58m deal for his services.

Still, the attacker has been permitted to return to Dortmund for the rest of the campaign and hopefully, he can make a better impact during the second half of the season where the club will be aiming to end Bayern Munich’s seven-year dominance in the Bundesliga.

Meanwhile, Pulisic’s arrival may raise potential questions regarding the positions of Willian and Eden Hazard – both of whom are having just 18 months remaining on their existing contracts with the west London giants.

Willian, who had been on the radar of Barcelona last summer, has openly revealed the ambition to extend his Blues stay but the club are likely to be reluctant to offer him more than a year’s extension based on their shrewd policy while handling extensions for players aged above 30.

Hazard, though, has regularly flirted with the idea of joining Real Madrid and any decision regarding his future with the Blues may depend on whether they manage to return to the Champions League next season.