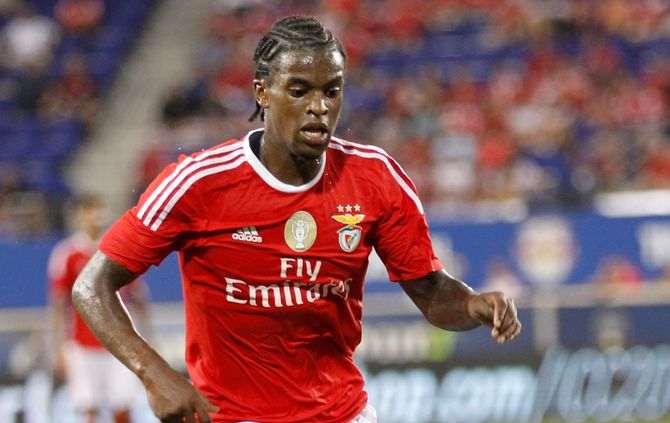 Spanish giants Barcelona are reportedly close to wrapping up a summer agreement to sign Benfica right-back Nelson Semedo. The 22-year-old was recently called up by Fernando Santos’ Portugal for the Confederations Cup in Russia.

Portuguese outlet Record suggests that the Catalan giants have moved ahead of Manchester United in the pursuit of Semedo after technical director Roberto Fernandez held talks with Luis Felipe Vieira over a proposed transfer.

The Catalan outfit failed to find a suitable replacement for Dani Alves following his Bosman move to Juventus last summer, and this had a significant impact on their league form with Sergi Roberto, Aleix Vidal and Rafinha sharing the duties at right-back.

New Barcelona boss Ernesto Valverde is due to make numerous changes to his squad ahead of the new season, and the signing of a new right-sided defender remains the top priority for the former Athletic coach.

Semedo amassed a total of 31 appearances for Benfica during their successful Primeira Liga triumph last term, and it appears that he could follow fellow teammate Ederson through the exit door.

Brazilian goalkeeper Ederson has finalised his £34.7m move to Manchester City, and the deal is due to be announced by the Citizens once they manage to resolve third-party issues.

Semedo, who is contracted to Benfica until the summer of 2021, currently has a hefty £70m release clause, but Barcelona are confident of negotiating a £44m fee in order to pursue the Portuguese right-back.

Barcelona endured one of their worst campaigns in recent times after they fell short in their quest to attain three successive La Liga titles. In spite of this, the Catalonia-based club ended the season on a high after they beat minnows Alaves to the Copa del Rey title last weekend.

Apart from Semedo, Benfica are also facing the prospect of losing another key defender in Victor Lindelof, who is currently the subject of interest from Manchester United and AS Roma.