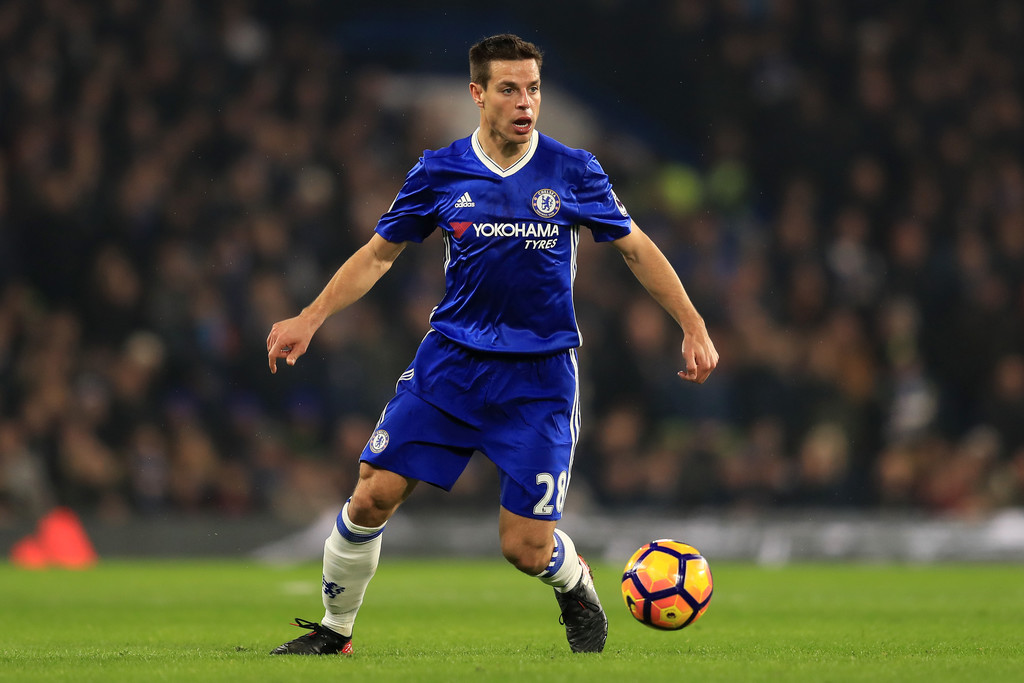 Spanish champions Barcelona have reportedly added Chelsea defender Cesar Azpilicueta to their summer shortlist as their search for a new right-back intensifies.

The Catalan giants have struggled to find the perfect player on the right side of the defence ever since Dani Alves left on a free transfer to Juventus last summer.

Sergi Roberto was initially picked as the heir to the Brazilian, but the La Masia student largely struggled to impress in the makeshift position.

Since then, the likes of Aleix Vidal and Rafinha have been utilised in the right-back spot, but both have sustained injuries which have ruled them out for the rest of the campaign.

Barcelona are back with the option of playing Roberto in the full-back position, and they are now prepared to step in for a new recruit ahead of this summer’s transfer window.

According to The Sun (via Sport), the La Liga holders have an eye on Chelsea’s Azpilicueta with a deal for Hector Bellerin looking improbable in the summer.

The former graduate has developed leaps and bounds during his time in north London, but this makes the move a lot harder with the player having inked a new six-and-a-half year deal in November 2016 (The Telegraph).

On the other hand, Azpilicueta is under a contract with Chelsea until 2020 (Mirror), but it is suggested that the Blues could be tempted to cash in on the defender in the summer.

The 27-year-old has efficiently featured in the central defensive and right wing-back positions this term, and he is now at the peak of his game after having earned valuable domestic and European experience.

Nevertheless, Barca are also monitoring the situation of Bayer Leverkusen right-back Benjamin Henrichs, who is considered as a long-term option at the age of just 20.

The 5ft 11in youngster made his Germany debut in the 8-0 thrashing of San Marino in a World Cup qualifier last year, and he is said to have a bright future ahead of him after having established himself as a regular in the Leverkusen setup.

Arsenal back in the hunt to sign Karim Benzema