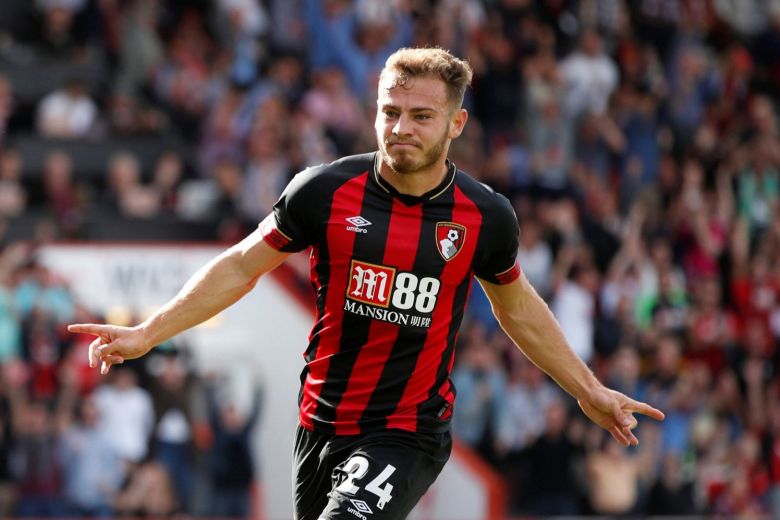 Arsenal have reportedly earmarked Bournemouth’s Ryan Fraser as one of their probable targets to strengthen the attacking department during this summer’s transfer window.

The north London side have enjoyed a good season under manager Unai Emery and they are currently on course to make the top four of the Premier League with seven games left.

Amidst this, the club are already said to be already for the summer and The Mirror‘s John Cross claims that Fraser is one of the players, whose progress is being closely monitored.

Aside from a wideman, the Gunners are said to be on the look out for a box-to-box midfielder with Aaron Ramsey due to leave the club on a free transfer to Juventus when his contract expires in June.

Arsenal pursued the services of Denis Suarez on a short-term loan from Barcelona in January, and it had been expected that the Spaniard would fit the club’s demands with his versatility of featuring in both the central midfield and wider positions.

However, the Spaniard has quite simply failed to make the cut with just six substitute appearances, and his inability to win over the manager for the remaining months could witness him return to the Camp Nou without the optional buy option being triggered.

In this case, Fraser seems a wise choice with his experience of playing in the top-flight while his development has been quite visible with an impressive tally of six goals and 10 assists in the Premier League alone this term.

Still, the Gunners may not get him on the cheap and that could eventually prove a stumbling block. Arsenal are said to be working on a limited £45m budget for the summer, but that could be enhanced with their possible return to the Champions League next term.