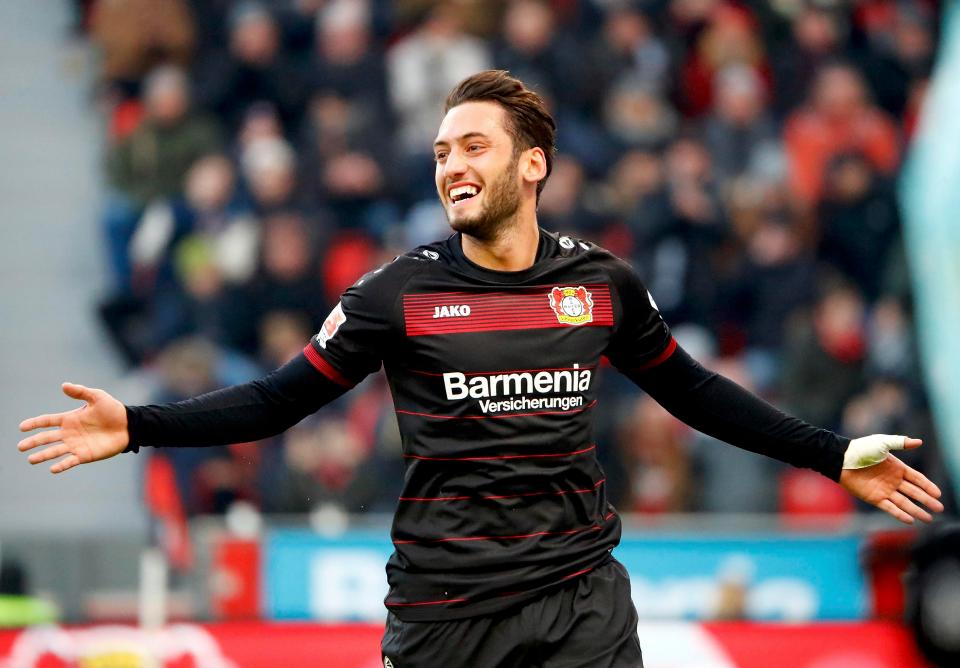 Serie A club AC Milan are close to sealing the services of Hakan Calhanoglu from Bayer Leverkusen after having agreed on a sum between £17-19m for his proposed transfer, Sky Italia reports.

The Rossoneri have already made huge strides during this summer’s transfer window following the signing of the likes of Mateo Musacchio, Franck Kessie, Ricardo Rodriguez, Andre Silva, and Fabio Borini for a fee in excess of £70m.

The fallen Italian giants, as many would say, have brought in a huge investment from their Chinese owners, and they are hoping to bridge the gap on the likes of AS Roma, Napoli and Juventus, who have maintained their dominance at the top of the table.

The Serie A is due to have an additional place to qualify for the 2018/19 Champions League, and Milan will have set their sights on achieving a top-four finish in the upcoming season. Milan

Milan have looked far off from the side which clinched the Scudetto six years ago, and the new signings could provide a possible lift in their quest to end their recent title drought.

According to Sky Italia, Calhanoglu is due to have a medical with the San Siro outfit on Monday before sealing a long-term contract on wages of around £45,000 a week.

Calhanoglu has always been known for his dead ball abilities, and he is regarded as one of the best free-kick takers after former Manchester United and England great David Beckham.

He also has the ambition to become the Turkish ‘Mesut Ozil’ and move outside of the German division will enhance his chances of developing his professional career further.

Calhanoglu managed six goals and five assists for Bayer Leverkusen in the Bundesliga last term, before he received a four-month ban in February for his alleged involvement over a failed move to Trabzonspor (2011) where he is said to have received monetary benefits.

AC Milan are also close to securing the signature of Atalanta defender Andrea Conti, and the deal is likely to be followed up once Calhanoglu’s arrival is officially confirmed.