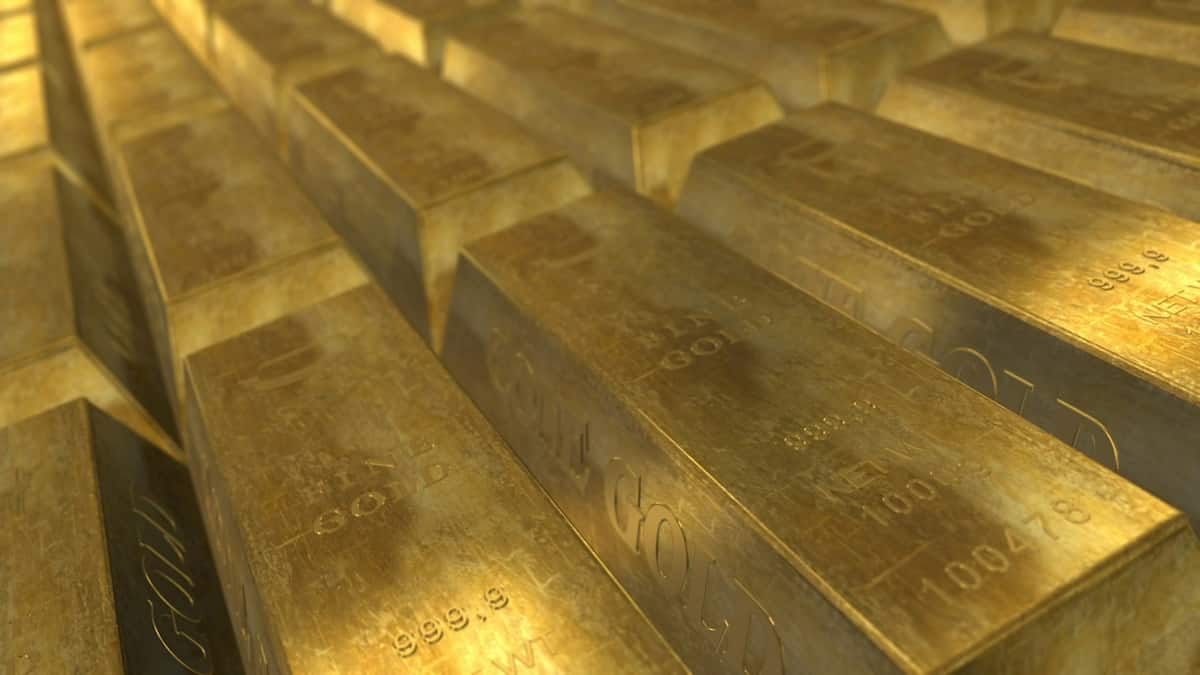 Why Is Gold So Valuable? A Detailed Guide

Whether it be things being held up to a gold standard, receiving a gold star, or adhering to the golden rule, gold clearly has a special place of prestige and value in our eyes.

The fact that this has been the case for most of human civilization certainly raises the question of why that is the case. Some materials are rarer, more expensive, and more versatile than gold, therefore there must be reasons that we don’t say someone has the palladium touch, other than it just sounds ridiculous.

So why is gold so valuable? We will break down why this precious metal holds a special place in our hearts.

Why Is Gold So Valuable? The Breakdown

One reason is gold’s rarity.

As with anything that is not easy to come across, gold holds its value very well. Today it takes approximately 10 years to plan and get started in the mining process for new places where they suspect gold is present.

There are believed to be 190,000 metric tons of mined gold. This measures out to it filling approximately 3 Olympic sized swimming pools.

But there is also a finite amount of gold which adds to its value.

Our however our connections with this precious metal go much further back and understanding this helps us to see clearly why it has such a hold over many.

Gold Over the Years

Gold’s history plays a major part as to why we hold it in such high esteem. It has been traced back to as far back as 40,000 BC, however, the people who really gave it the status boost that know it for today were the ancient Egyptians.

Whether it be for its luster or durability, the Egyptians viewed having gold as a symbol of wealth and even had maps detailing the best places to locate this special metal. They used it on jewelry as well as in burials, with the most famous example being the spectacular 11kg solid gold mask of Pharoah Tutankhamun.

Later the Lydians (of modern-day western Turkey) were the first to use gold as a currency, a practice that continued through the Greek and Roman civilizations.

Whether it be its seductive radiance that stimulates attraction or how well it adorned the necks of our ancestors, the fact that it was so sought after certainly has influenced why we give it such value.

Perhaps we have always known that it was otherworldly. Scientists believed gold to be a product of the numerous chemical reactions resulting from a supernova explosion in space.

But the value of gold goes far beyond aesthetics, it also lies in its chemical makeup.

Gold is not only beautiful but also extremely useful. The reason for this comes down to its chemical composition.

Gold falls into the category of a noble metal, in the company of other well-known metals such as silver and platinum. These metals are special because of their high resistance to oxidization. For this very reason, gold has been able to keep its alluring yellow hue over centuries of use.

Silver, although a noble metal, is susceptible to erosion and nowhere near as resistant to time and use as gold. If we add to it that silver is 19 times more abundant than its noble relative, then it is understandable why we hold gold in higher esteem.

It is also remarkably dense and malleable meaning that it can be spread thinner than any other metal. In fact, one ounce of gold can be drawn into a wire 1250 miles long, meaning 20 ounces could produce a wire long enough to go around the entire planet!

Given these amazing qualities, it is no surprise that this amazing element has so many different uses, adding to its value.

The Many Uses of Gold

Why is gold important today?

It’s interesting to note that each one of us walking around today is likely carrying approximately $1.50 worth of gold in our pockets. This is because gold is a remarkably effective and efficient conductor so it is used extensively in electronics including your phone.

In fact, the tech industry counts for 14% of all gold consumption today. This includes computers, cell phones, and even calculators.

The medical field also uses gold for several reasons. The low reactivity found in the metal means that it is rarely rejected by the body as well as being bacteria resistant.

Dentistry has the oldest links to gold use dating back to the Etruscans using gold wire to hold together replacement teeth in 700 BC.

Gold particles are also used in treatment for rheumatoid arthritis, cancer, and malaria. The last word must go on how gold has gone full circle and is now heading back into space.

Gold is used not only on the circuitry of the electronics on spacecraft but also due to the capacity to absorb and reflect sunlight, NASA uses it on their astronaut’s visors.

No other metal can claim to have so many practical uses, on top of beautifying so many in the form of jewelry, which is believed to make up 50% of all gold consumption.

These factors only add to the value of gold, which is why people invest in gold so heavily. This is not only by business-savvy people but also by governments. In fact, it was only in 1970 that the last of the world’s currencies stopped being backed by gold.

This use of gold certainly makes sense.

There is uniform agreement that it is valuable across the globe, it is scarce but also found all over the planet. Therefore governments were happy to agree that their money should be backed up by the amount of gold in their reserves.

The knowledge that gold holds its value means that investors have always viewed gold as a safe bet when it comes to where to place their funds. What other resource is so sought after yet not susceptible to the changeable nature of our society?

In fact, the price of gold seems to keep rising and doesn’t seem to show any signs of stopping. since we have entered even more uncertainty due to the worldwide pandemic, investors know that investing in gold is the way to go.

So why is gold so valuable? As we have seen it comes down to its eternal charm, versatility, rareness, and reliability.

All of these factors mean that humankind unitedly looks at gold not only with admiration but also wonder. Hopefully learning about this much-loved commodity will mean that you greater understand the appeal it has.

Be sure to share this article with other inquisitive minds!

How to Choose a Credit Union and What Are the Benefits?

Stretching Your Feet to Deal with Plantar Fasciitis

GGold and Silver
Read More
Table of Contents 1. Yellow Gold2. Green Gold3. Rose Gold4. Blue GoldWhich Types of Gold Are Calling Your…
IInvestment
Read More
Are you looking to invest in gold? There are many people who want to invest in gold but…