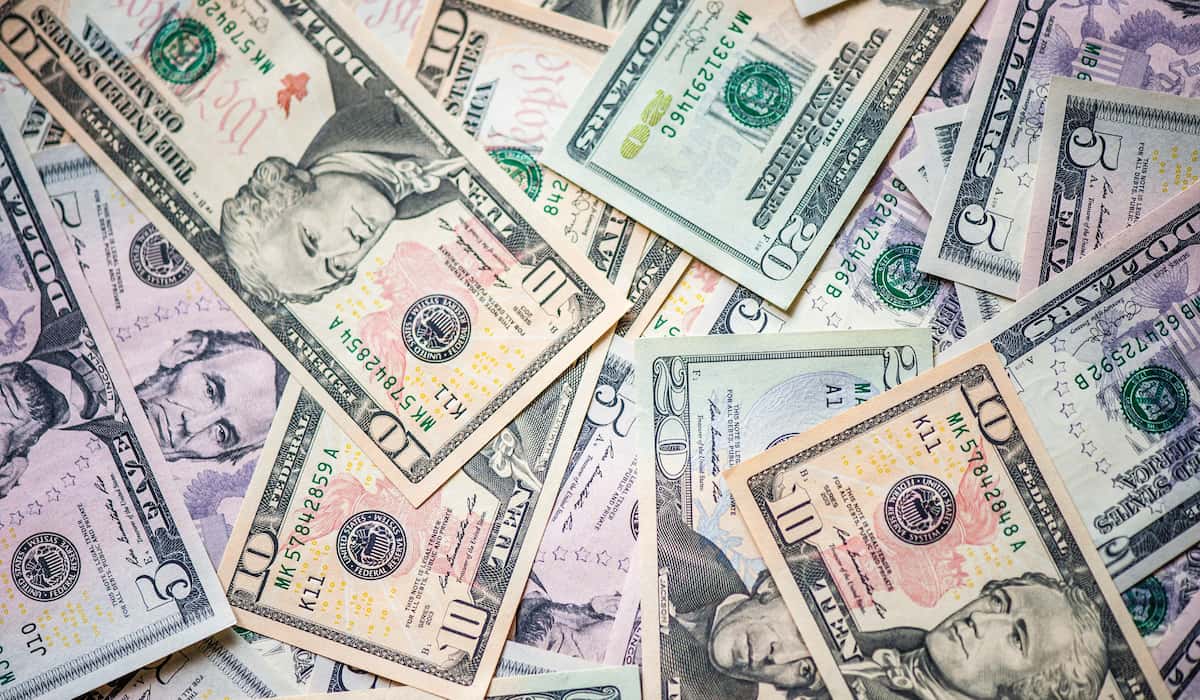 What Is Money Made Of? – A Comprehensive Guide

What is money made of? There are so many different types of money throughout the world and each country uses its own recipe for making money, whether coins or paper money.

What Is Money Made Of When It Is In A Coin Form?

What is money made of when it is a hard metal coin? What coins are made of have changed a lot since the very first coins were made? This is because of the cost of the metal used in the coins. U.S. coins are made of the likes of copper, zinc, and nickel. Copper is particularly valuable and has been used to make lots of coins but the composition of coins has changed to make use of less expensive metals.

What is money made of when it is coins and where do America’s coins come from? It is the U.S. Mint that makes the nation’s collection of circulating coins, as well as collector coins, and bullion. The Mint has no less than four production facilities, in Denver, San Francisco, Philadelphia, and West Point and they make use of various machines to produce the coins.

Not only do people wonder what is money made of, but they also wonder who approves the design of a coin? It is the Secretary of the Treasury that will approve the design of a coin. For some coins, the Mint will make blanks, but they also buy blanks for some coins. A blanking press then punches out the blanks. There is an annealing furnace that heats the blanks before they go into what is known as a quench tank. They are then drained and then washed. The washing restores the natural color to the blanks.

A dryer dries the blanks before going to the Upsetting mill to form the coin’s rim. The coins then go to a press for striking, after which they drop into a tray, where they are examined for errors before being packaged. Automated machines package the coins into blister packs.

There was a time when countries used to hold gold that represented the money they had printed and each bill and coin was backed by gold.

Today, countries do not do this and it’s essentially the economy and government backing the value of the money.

What Is Paper Money Made Of?

Talking about what is money made of money can be physical cash, such as coins and notes, or it can also be in electronic format. Electronic money is the amount you see in your bank account. You can’t actually feel the money until you go to an ATM and withdraw some of it. In the United States of America, the Federal Reserve Board issues 1, 2, 5, 10, 20, 50, and 100 dollar notes. All of this U.S. dollar currency has been the same size since 1928. There are other countries where their banknotes of different values come in different sizes.

Each of these notes has security and design features. What is money made of when it is in note form? It is hard to believe that the notes are made of 75% cotton and 25% linen. It is the Bureau of Engraving and Printing that manufactures paper money, redesigning it and ensuring the notes come with security features to prevent counterfeiting. It is a division of the Department of the Treasury.

There are two of these bureaus, one in Washington, D.C., and another in Fort Worth, Texas. It is the artists at the Bureau who design new bills. They make a rough sketch first to come up with an appropriate and dignified image that will represent the strength and greatness of the United States. The final design of the new bill must be approved by the Secretary of the Treasury. In fact, before a Federal Reserve note enters circulation, it has to pass some important steps and these include the design, the order, its production, and issuance.

There was a time when the United States issued bills in larger denominations, as in 5 000 and $10 000 bills, but it no longer does this. This paper money undergoes a lot of abuse from people. What is money made of? When it is paper money, it is made of materials that can be repeatedly crinkled up, torn, or burned. If you are in possession of such dilapidated money, you can redeem the specific notes with the BEP.

What Is Money Made Of – Different Materials Used In Different Currencies

When you ask what is money made of, it is not the same in every country. In the United States, as mentioned already, their bills are made of cotton and linen, but in the UK, the Bank of England does things differently.

They have been printing paper money for three centuries, although the way they do that has changed a lot over that time. When they first started printing notes way back in the 1690s, they did not issue notes worth less than £50.

It was in the 18th century that they brought out notes of less value, and since the mid-1980s 4 types of denominations have been used – the 5, 10, 20, and 50 Pound notes. But what is paper money made of now in the UK? They wanted to make sure that their notes were high quality and difficult to counterfeit.

It is why they changed the design of their notes from time to time. More recently, they print paper money, making use of polymer, a thin plastic. It was in 2016 that they released their new five Pound note and their 10 Pound note a year later.

The new polymer £20 note began being circulated in 2020. The new polymer notes come with more security features, making them harder to counterfeit than the traditional paper notes. They are much more robust, too, and are expected to last much longer.

They are also more environmentally friendly, with the Carbon Trust certifying that the carbon footprint of a polymer five Pound note is 16% lower than a paper note.

How Is Money Made

What is paper money made of to stand up to rough handling? Paper money is trading hands hundreds of times in the course of a week. The entire world makes use of paper money, and in the United States the official name for their paper money is referred to as the Federal Reserve Note, but regular people just refer to the paper money as bills. But how is money made? It is not easy making paper money as it has to be done in such a way that the money can never be duplicated by anyone.

Asking the question of how is money made in the United States, you can be sure that it has to be durable. When it comes to what is money made of, especially when it is paper money, it has to be made in such a way that it can be handled, folded, and go through ATMs, etc about 4 000 times before it starts to show wear and tear.

In 1861, to finance the American Civil War, the federal government started to issue paper money for the first time. In the years prior to the Civil War, certain banks printed paper money, and this resulted in lots of denominations and designs.

The new bills became known as greenbacks because of the green ink used to print their backs. This was an anti-counterfeiting tactic to prevent photographic attempts to duplicate the paper notes. It was in 1929 that the government diminished the size of paper money and brought out standardized designs for each denomination. The small-sized bills were still printed with green ink as the ink was plentiful and durable.

What is money made of like the 100 dollar bill of the United States? It’s a denomination of the country, a value that was issued in 1862. The $100 note comes with extra security features. The United States hundred-dollar bill has a picture of Benjamin Franklin on it. He was a U.S. statesman, diplomat, and inventor and his picture appear on the front side of the bill, with the Independence Hall being featured on the reverse side.

United States paper money makes use of a special type of paper that is made of 75% cotton and 25% linen. Each sheet of paper is tracked to ensure its authenticity. When the bills are being printed, they are printed on large sheets, which are then cut into individual bills.

The special ink is used to print the paper money. The back of each bill is printed with green ink. Different inks are used on the front, as well as black ink, metallic ink, and color-shifting ink. The first stage in the printing process is known as the offset printing stage. This is where the background is printed.

Once the sheets are dry, they go to the intaglio printer where more details are added. The sheets go through an inspection process and digital computers analyze each sheet, ensuring it all meets the rigid standards required.

What Are Dollar Bills Made Of?

The sheets are then sliced into individual bills. So what are dollar bills made of? Highly trained workers with special equipment and there are more than 65 steps to get the money made. What are dollar bills made of, as well as the other paper money, you can be sure it is not traditional paper, but this is paper made of linen and cotton, with red and blue fiber woven in.

What is money made of? The paper on which the banknotes are printed has to be able to withstand a range of conditions and handling. The strange thing is people take better care of higher-value banknotes, so the 100 dollar bill will last for many years, as opposed to the one and two-dollar bills, which do not last much longer than a few months.

How To Pack Heavy Items For Shipping

5 Tips on Creating a Cryptocurrency Trading Plan for Beginners