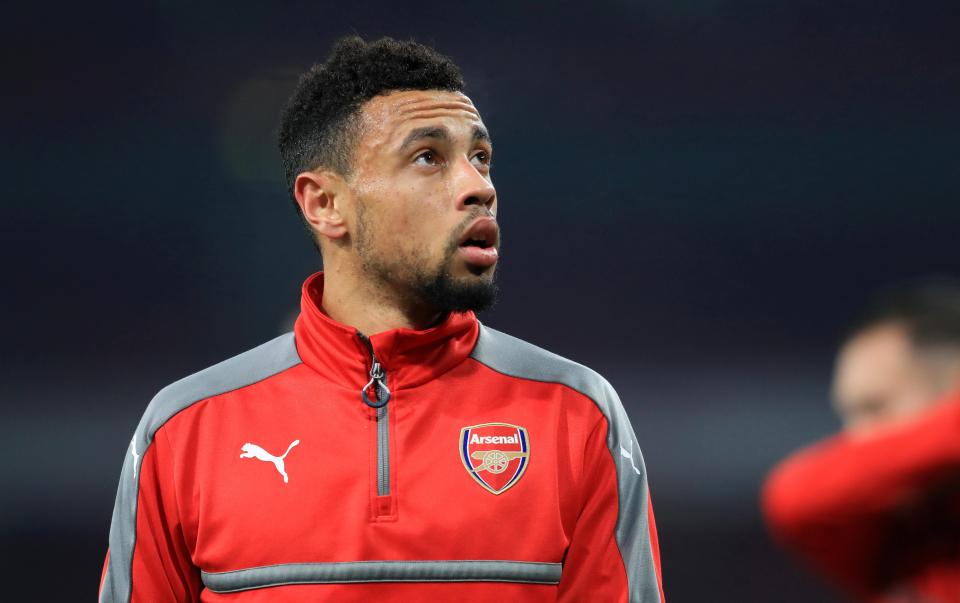 Valencia secure the services of Francis Coquelin from Arsenal

La Liga high-flyers Valencia have decide to bolster the heart of their midfield with the signing of French midfielder Francis Coquelin from Arsenal. The 26-year-old has joined the Mestalla outfit on a four-and-a-half year deal (official website) whilst his buy-out clause has been set at a staggering £70m despite costing just around £12m this month

Coquelin had been eluded of regular first-team opportunities by Arsene Wenger this term, and his prospects of joining a new club became evident after he was left of the club’s shock 4-2 FA Cup defeat at the hands of Nottingham Forest in the third round.

The Gunners graduate apparently had the option of joining one of West Ham United and Crystal Palace in the English top-flight but he prepared to make the switch to Los Che, where he could play a genuine role in the club’s attempt to finish in the top-four, and thereby qualify for the Champions League.

Valencia are presently eight points ahead of fifth-placed Sevilla in third spot, and their early season form appears to have kept them in good stead heading into the second half of the campaign, where their squad depth could be tested to the fullest.

The likes of Daniel Parejo and Geoffrey Kondogbia (on loan from Inter Milan) have excelled in the central midfield department this term, and Coquelin will probably have to contend with a bench role at first, though he stands lesser competition than his time at the Emirates.

As a result of the move, Coquelin has also been reunited with former Gunners teammate Gabriel, who swapped the north London side for the Mestalla last summer after he found himself similarly out-of-favour in the central defensive department under Wenger.

Coquelin spent nine-long years with the FA Cup holders, and managed over 100 league appearances during this period. He is most fond for his standout performance during the Gunners 2-0 away win at Manchester City in 2015, which happens to be their last victory on the road to a top-six opposition.