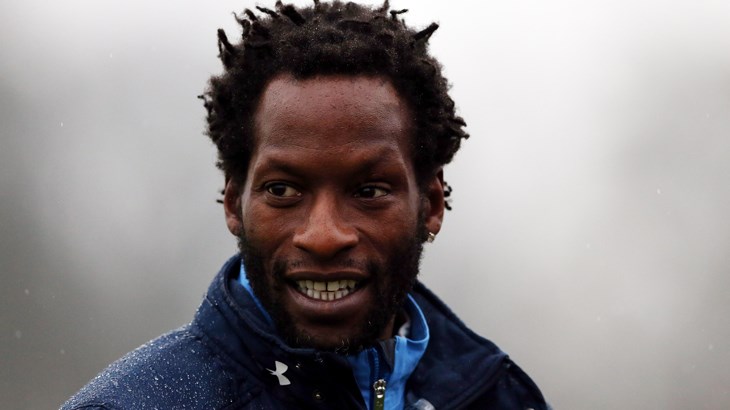 Former Aston Villa and Middlesbrough defender Ugo Ehiogu has passed away in the early hours of Friday at the age of 44 after suffering a cardiac arrest on Tottenham Hotspur’s training ground on Thursday.

The Englishman, who has been working as a coach with Tottenham’s U-23 team, had collapsed at Spurs’ training ground on Thursday before being rushed to a hospital. On Friday, Tottenham released a statement announcing the passing away of Ugo Ehiogu in the early hours. Ehiogu, who was widely loved for his jovial nature, is survived by his wife and son.

Ehiogu had started his professional career with West Bromwich Albion before joining Aston Villa in 1991. He would go on to wear the claret and blue jersey for nine years, making over 300 appearances for them. During his stint at the Villa Park, Ehiogu would go on to win two League Cups and fall just short of winning the FA Cup in 2000, when Villa lost 1-0 to Chelsea at the Wembley in the final. His consistent performance at the back for Villa also saw him earn four international caps for England after making his senior debut for them as a substitute in 1996 in a friendly against China.

Ehiogu would later move to Middlesbrough, where he added another League Cup winners’ medal in 2004, before going on the play for the likes of Rangers and Sheffield United. Although he retired from professional football in 2009, Ehiogu agreed to play for Wembley FC in 2012 in their FA Cup matches alongside the likes of Ray Parlour, Graeme Le Saux, and Martin Keown.

The big defender entered his coaching career with England’s U-20 side in 2013 before being appointed as a coach in Tottenham Hotspur’s academy three years back.

Spurs have expressed their grief over his untimely death while John McDermott, Tottenham’s head of coaching and player development, has said, “Ugo’s immense presence will be irreplaceable,” in a statement to the club’s official website. In light of the sad news, the London-based club have also announced that all of their academy matches over the weekend have been canceled while their PL2 match against Manchester United, which was scheduled to take place on Monday, has been postponed.