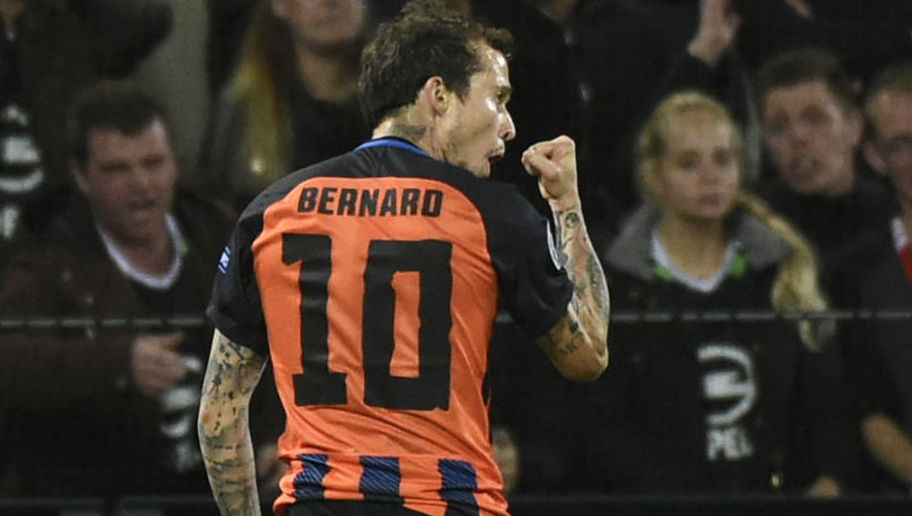 Inter Milan have reportedly revived their interest in Shakhtar Donetsk winger Bernard ahead of the 2018 summer transfer window. The 25-year-old appeared to have lost his way over the past few years, but his performances have been impressive this term with nine goals across all competitions (whoscored).

According to Calciomercato, the Brazil international has caught the eye of the Nerazzurri through his performances for Shakhtar in this season’s Champions League, where he has already overseen the defeats of Napoli and AS Roma at the hands of the Ukrainian outfit.

The San Siro giants had initially made contact with the player’s representative with regards to a winter move, but talks have since failed to progress beyond the discussion stage with Luciano Spalletti more worried about his side’s lean run in the Serie A.

Inter were at one stage vying to challenge for the Scudetto alongside Juventus and Napoli, but their form since December has been pretty poor with just two wins in 11 matches, and this sees them clinging onto the final Champions League spot.

Spalletti is likely to want another spending spree in the summer to bring the club closer to the title challengers, and Bernard is seen as an ideal option on the left side of the attack in a typical 4-2-3-1 formation for the Nerazzurri.

The 25-year-old was once touted as Brazil’s ‘next big thing’ (before Neymar) after he was watched by the likes of Arsenal, Liverpool and Tottenham Hotspur at Atletico Mineiro. However, his surprise decision to join Shakhtar in 2013 has not quite worked out, and this has seen him fall out of the national team reckoning.

Whilst Inter are currently the only club interested, his representative is also engaging talks with teams in Spain, and his availability on a free transfer in the summer, could yet encourage a club out of the blue to recruit him on a sizeable signing-on fee.