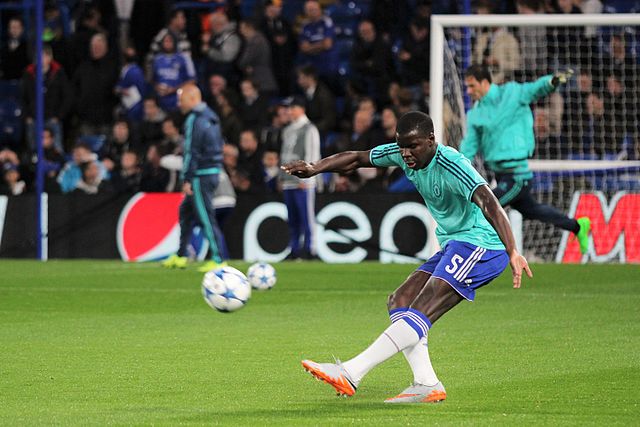 Former Europa League champions Sevilla are looking at the possibility of signing Kurt Zouma during this summer’s transfer window. The France international was largely underused under Antonio Conte last season with the likes of Cesar Azpilicueta, David Luiz and Gary Cahill cementing their positions at the heart of the defence.

According to Diario de Sevilla, the La Liga outfit have approached Chelsea for the services of Zouma, who managed just nine league appearances during the course of the 2016/17 campaign.

The former Saint-Etienne is desperate to earn valuable playing time in the new season and the Spanish publication suggests that the defender is looking for a way out this summer.

Sevilla are destined to lose defender Adil Rami to French outfit Marseille in the coming days, and they have identified Zouma as the perfect fit to bolster their backline ahead of the 2017/18 campaign.

Zouma had recently suggested via France Football that he would fight for his first-team position, but the arrival of Antonio Rudiger from AS Roma is likely to make it even tougher for him to retain a starting role.

Despite his limited gametime, Zouma has a pretty nice record in terms of the trophy count after having lifted two Premier League titles during his three-year stay, where he has made 71 appearances across all competitions.

A move to an ambitious club like Sevilla would no doubt earn Zouma some much-needed gametime, which remains key to his prospects of breaking into the France squad ahead of next year’s World Cup in Russia.

The Andalusian club have been busy with their recruitment this summer after having already pursued the likes of Ever Banega and Jordi Amavi from Inter Milan and Aston Villa respectively while a deal for Sampdoria’s Luis Muriel is awaiting an official confirmation.

Champions League is nowadays reckoned as the pinnacle of any team’s success, and Sevilla will seek to utilise this as an advantage to lure Zouma to the Estadio Ramon.