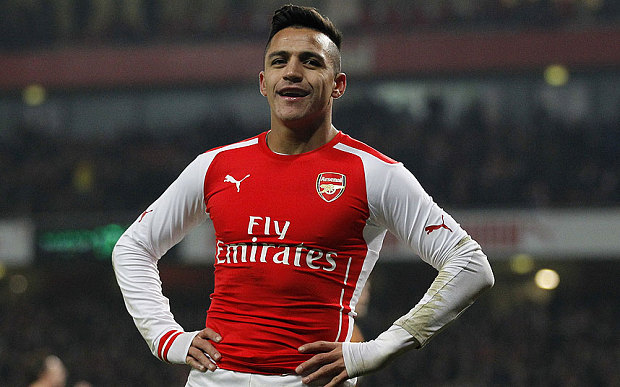 Liverpool will play hosts to Arsenal in the Premier League on Sunday evening following another impressive midweek performance in Europe. The Reds clinched a convincing 4-2 win over Hoffenheim in the second leg of the Champions League playoff (6-3 on aggregate) thereby guaranteeing their place in the group stage for the first time since 2014. Arsenal, on the other hand, have had a week to collect their thoughts after a relatively disappointing defeat 1-0 at Stoke City where they had numerous chances to find the net.

Sadio Mane – Liverpool: The Senegal international has a tremendous record against the Gunners having lost just one of the seven games, he has been involved with the north London outfit. The 25-year-old scored in both outings versus Arsene Wenger’s side last term, and his pace and movement could potentially hurt the Gunners’ backline which is likely to be changed with the availability of Laurent Koscielny.

Alexis Sanchez – Arsenal: Arsene Wenger will probably regret the fact that he benched the Chilean in the previous outing at Merseyside. The Frenchman made a surprise tweak to his setup last term, and this caused the Gunners’ dearly as they succumbed to a 3-1 defeat despite Sanchez’s involvement in the second period. The Chile international is fit following his early season absence with an abdominal strain and he could pose a threat to the Reds’ backline, which is not the best in terms of quality.

Arsenal used to hold a strong record against Liverpool home and away, but this trend has changed in the last few years. The Gunners have not won a league game against Liverpool in the past two seasons, whilst their away record is not better either with no victory since 2012. Being an Arsenal fan, I would probably go for three points, but unfortunately this does not look the case. Expecting a high scorer – Arsenal 2-2 Liverpool