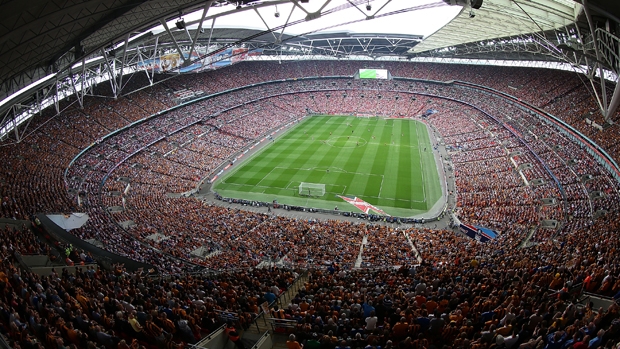 Premier League holders Chelsea will compete with local rivals Arsenal in the final of the 2016/17 FA Cup. The Blues will be looking to clinch the famous old trophy for the first time in five seasons while the Gunners could make three in four years after their 2014 and 2015 success.

On paper, the Blues are overwhelming favourites versus their London counterparts, but they will have to guard against any complacency after their recent league celebration.

Antonio Conte literally has an entire squad to choose from, and he is likely to pick his normal usual squad. Thibaut Courtois will take up the number one role as he has done all season with a backline comprising of Cesar Azplicueta, David Luiz and Gary Cahill.

Victor Moses and Marcos Alonso will feature in the wing-back positions ahead of a three-man defence with Nemanja Matic and N’Golo Kante anchoring in midfield. Cesc Fabregas is probably the better ploy in the attack front, but Conte could sacrifice him for Matic in order to provide more steel at the centre of the park.

Moving forward, Willian could get the nod over Pedro as he has often done in the FA Cup, and he could partner the likes of Eden Hazard and Diego Costa in the frontline. Michy Batshuayi managed to amass four goals in the last three outings of the season, but he is still an outsider for the starting lineup.

Arsene Wenger, on the other hand, has plenty of headache due to the club’s defensive crisis. Both Laurent Koscielny and Gabriel are sure to miss the final with suspension and a knee problem respectively.

Meanwhile, Kieran Gibbs and Shkodran Mustafi are also major doubts for the Wembley encounter, which leaves Wenger with no other choice than to revert to the 4-2-3-1 formation.

Petr Cech is due to get the nod over David Ospina between the sticks with Hector Bellerin and Nacho Monreal likely to feature in the full-back positions. Long-standing skipper Per Mertesacker could earn a rare start in central defence alongside Rob Holding.

Granit Xhaka and Aaron Ramsey have excelled in the heart of the midfield, and Wenger is unlikely to separate the pair as he looks to find a cutting edge to the gameplay.

A shift to the four at the back formation will allow an additional player upfront. Alexis Sanchez will start in his regular left wing role with Mesut Ozil in the number 10 position while the returning Alex Oxlade-Chamberlain could be trusted on the right side of the attack.

Pace is likely to be crucial versus the west London giants, and this could see Danny Welbeck get the nod over Olivier Giroud for the centre-forward position.