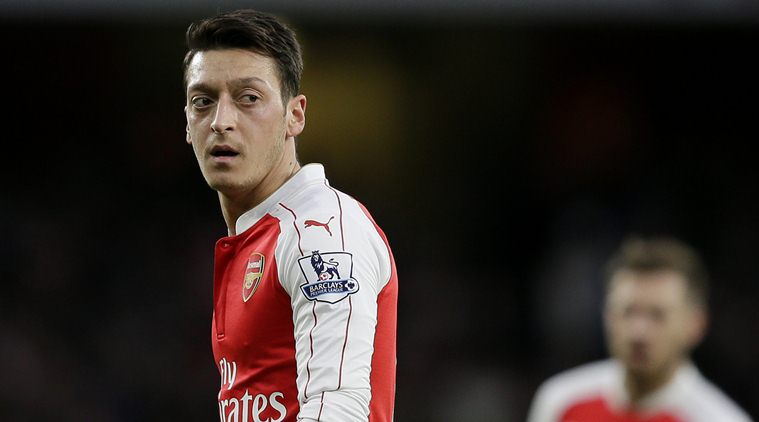 Arsenal make the 1400-mile trip to Sweden to take on Ostersund in the Europa League round of 32 first-leg. The north London side are expected to play in sub-zero temperatures at the Jämtkraft Arena, and manager Arsene Wenger has opted to rest a couple of key first-team players for the Thursday encounter.

David Ospina has been the Gunners’ preferred shot-stopper outside of the Premier League, and the Colombia international is widely expected to start between the sticks for the midweek game.

In defence, Laurent Koscielny has been left out of the travelling squad, and hence, Calum Chambers may get the nod ahead of Rob Holding and Per Mertesacker to partner Shkodran Mustafi at the heart of the defence.

At right-back, Hector Bellerin is expected to keep his place from the previous outing versus Spurs whilst Sead Kolasinac could be given a rare outing on the left side of the defence ahead of Nacho Monreal.

In midfield, Jack Wilshere has been left out of the setup as a precautionary measure, and hence, Mohamed Elneny is likely to start Granit Xhaka in central midfield, though the latter has been criticised for his reduced work-rate off the ball.

Further forward, Mesut Ozil is certain to feature, as conveyed by Wenger, and he could start on the right side of the attack and Alex Iwobi on the left whilst Henrikh Mkhitaryan could take up the number 10 position, he yearns for.

Upfront, Danny Welbeck is likely to lead the line, given the sole striker at the Gunners’ disposal for the Europa League, Alexandre Lacazette is sidelined after a knee surgery whilst Pierre-Emerick Aubameyang remains ineligible due to ex-club Borussia Dortmund participating in the competition.

Arsenal are likely to have a tester on their hands, considering the freezing weather in Ostersund. Nevertheless, they have enough ammunition within their forward ranks to secure a comfortable victory.