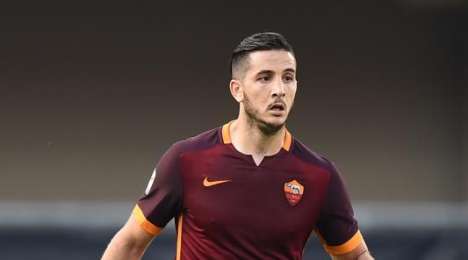 Paris Saint-Germain have set their sights on signing Greek defender Kostas Manolas from AS Roma. The centre-back was initially angling towards a move to Russia with Zenit St.Petersburg but had a change of thought at the final minute.

An exclusive from Le10Sport claims that Les Parisiens will intensify their interest in signing Manolas – now that Chelsea have agreed on a deal for compatriot Antonio Rudiger. Manolas was previously a transfer target for the Blues, but the deal for Rudiger has diminished his chances of making a Premier League move.

Manolas was due to have a medical at Zenit late last month, but he backed out of the move due to a contract disagreement. The Greek wanted to be paid in Euros rather than in the country’s unstable currency Rubles, and this was not something the Russian club were willing to do.

Paris Saint-Germain currently have the likes of Thiago Silva, Marquinhos and Presnel Kimpembe to occupy the heart of the defence, but there is still the need for reinforcements following their 6-1 collapse to Barcelona in the Champions League earlier this year.

Marquinhos has struggled to maintain his consistency during the course of his Paris Saint-Germain, but he has nevertheless been offered a long-term deal with the club confident of getting the best of his abilities.

Ex-Real Madrid defender Pepe had been the number one option to strengthen Les Parisiens’ backline this summer, but his move to Besiktas is likely to trigger the club’s interest in Manolas – who has earned plaudits for his standout performances in the Giallorossi shirt.

Paris Saint-Germain have yet to lodge a formal approach for the former Olympiacos man, but their interest could be intensified in the coming weeks with Manolas reluctant to extend his Roma contract beyond the summer of 2019. Manolas has managed exactly 100 Serie A outings for Roma since arriving from Olympiacos for a fee of around £13m during the 2014-15 season.