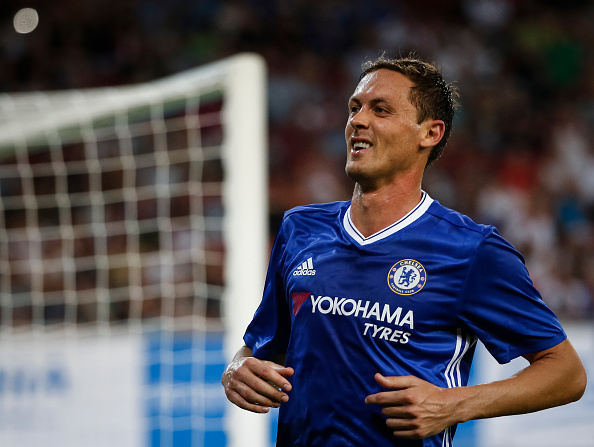 Manchester United have spent an excess of £100m on the signings of Romelu Lukaku and Victor Lindelof this summer, but the club are still on the search for a holding midfielder, who could replace Michael Carrick in the long-term. The former England international extended his contract by an additional year this summer but next season could be his final one in the United shirt before calling time on his career. With the transfer window just about heating up, Calcio Insider looks into three players, who could fulfil the holding midfield duties.

Nemanja Matic – Chelsea: The Serbia international looks the most likely to join Manchester United this summer after Blues owner Roman Abramovich personally intervened to sign off his Old Trafford move. However, the Red Devils will not get the midfielder on the cheap with Chelsea still demanding at least £50m for the proposed transfer. Matic has played a prominent role with the Blues after having helped them to two Premier League titles in three seasons.

Eric Dier – Tottenham Hotspur: The England international has evolved into one of the most consistent performers in the Premier League, though in the central defensive department. Initially a right-back by trade, Dier was groomed into a central midfielder before Mauricio Pochettino placed him in a defensive three. Dier sees his future at the heart of the midfield, and United could offer him the opportunity, should Spurs be willing to negotiate. United are lining up a £60m approach for Dier, but it looks highly unlikely that chairman Daniel Levy would permit his sale.

Fabinho – AS Monaco: Fabinho’s links with United date back to the summer of 2016. The Brazil international was initially seen a right-back target for the Mancunian giants, but his transformation over the past year has enabled him to cement a regular role at the centre of the park. Fabinho usually takes set-pieces for the French champions, and his conversion rate is one of the best in Europe. Like Spurs, Monaco are playing hardball over Fabinho following the recent exits of Bernardo Silva and Tiemoue Bakayoko.