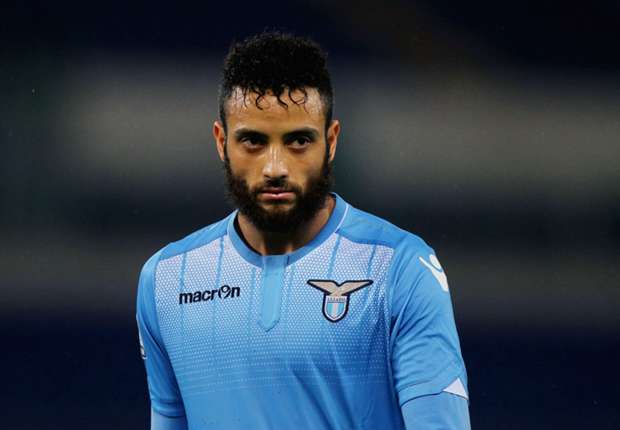 Serie A heavyweights Napoli are reportedly weighing up a potential move to sign Brazilian attacker Felipe Anderson from Lazio. The 24-year-old was one among the standout performers for Lazio during the previous campaign, but a fall-out with manager Simone Inzaghi this term, seems to have hampered his chances of attaining regular gametime.

According to Sport Mediaset, the Naples outfit are keeping a close watch on the forward-minded player with owner Aurelio di Laurentiis and manager Maurizio Sarri said to be admirers of his services. Lazio knocked back a €50 million bid from Manchester United a few seasons ago, but the Serie A leaders could prise him away for a significantly lesser fee in the summer.

Napoli have played in the shadows of Juventus for the past couple of seasons, but they have been up for a challenge this campaign, having matched the Bianconeri toe-to-toe in recent months. Sarri’s men are presently holding a single point over the reigning champions at the top of the standings, and it could all come to the clash between the sides in Turin, where Napoli need a point at the least, despite their woeful record.

Meanwhile, the club could also compete for European honours this term with the team presently in the Europa League knock-out stage. Napoli surprisingly finished third in their Champions group ahead of Manchester City and Shakhtar Donetsk, and they will now hope to make amends by lifting the Europa League crown, though they still face competition from the likes of Arsenal, Atletico Madrid, Borussia Dortmund and many others.

Anderson has managed just a solitary start for Lazio across all competitions this term, and it will be interesting to see whether there is any outstanding interest from the Premier League in the summer, though Jose Mourinho has indicated that United won’t be opening their chequebooks to bolster their attack front in five months’ time.