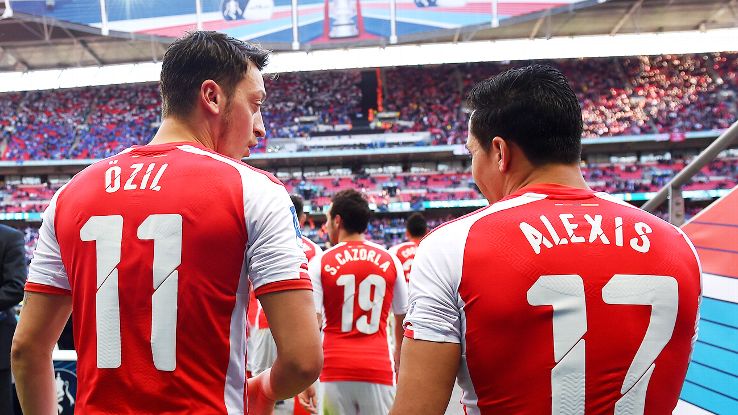 Germany international Mesut Ozil is not considering the prospect of joining Manchester United next year, a report from The Sun claims. The 29-year-old has just eight months remaining on his current deal at Arsenal, and this has spread speculation over where his future could lie at the turn of the year.

Jose Mourinho’s United have been one of the many clubs credited with an interest in the World Cup winner, but according to The Sun, the midfielder was furious at seeing such a link on the media. The publication also reveals that Ozil has not discussed a fresh contract since early March, and talks of him demanding £300,000-a-week wages are out of order.

Ozil has remained relatively subdued since the start of the 2017/18 campaign, and he has yet to contribute a goal or assist, three months into his fifth Premier League season with the Gunners. The German’s qualities on the field have never been doubted, but he often tends to lose the plot in the away games, where tends to become pedestrian in the latter stage of games.

Arsene Wenger has yet to feature Ozil, Alexis Sanchez and Alexandre Lacazette – all at the same time in the Premier League, but there is a reasonable chance of this happening on Sunday, where the Gunners make the Merseyside trip to face Everton.

The Gunners suffered a 2-1 defeat at Goodison Park last term, but they will be relatively confident visiting the stadium this time around with Everton in all sorts of problems. The Toffees have won just three outings in all competitions this term, and Ronald Koeman is still searching for the right combination, with his summer signings.

A win over the Toffees would take Arsenal equal on points with fourth-placed Chelsea, who bagged an excellent 4-2 comeback win over Watford at Stamford Bridge on Saturday afternoon.