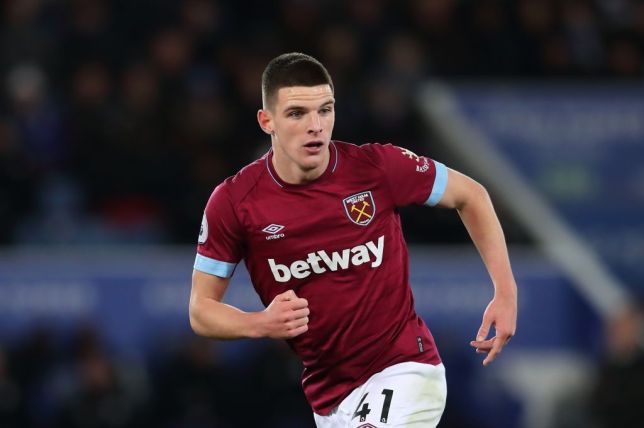 Manchester United are understood to be weighing up a big-money move for midfielder Declan Rice, who is currently enjoying a fine Premier League campaign with West Ham United.

The 20-year-old has been a regular in the Hammers fold since the beginning of the 2017/18 season, but the current campaign has witnessed the best out of him with manager Manuel Pellegrini offering a regular role in the centre of the park.

As such, his performances have already earned him plaudits from the club’s faithful, and he was recently drafted into the England national side where he made his debut during the Euro 2020 qualifier game against Montenegro on the road.

According to The Irish Independent, the Red Devils are understood to have been impressed with the developments of Rice through the season, and they could be prepared to lodge a bid for the youngster, who could cost in excess off £50m.

Rice only recently penned a long-term contract (The Independent) with the Hammers until June 2024, but that has not offered much assurance regarding his future with Pellegrini personally admitting that the midfielder could be sold at the right price in the future.

In this case, there remains the genuine possibility of United pursuing the Englishman, though the move could pose a risk, considering the youngster is in the early stages of his career where he could feel the pressure of playing for an elite Premier League outfit.

At present, United have Nemanja Matic as the main contender for the holding midfield role, but the Serbian has shown signs of fading this term, where he has occasionally struggled to cope with the midfield prowess in the opposition ranks.

Based on this, the club ought to pursue another recruit with the Serbian approaching his 31st birthday in August, and it remains to be seen whether Rice ends up being the ideal transfer choice. Club graduate Scott McTominay has been hailed by some as the heir to Matic in the play-breaker role.