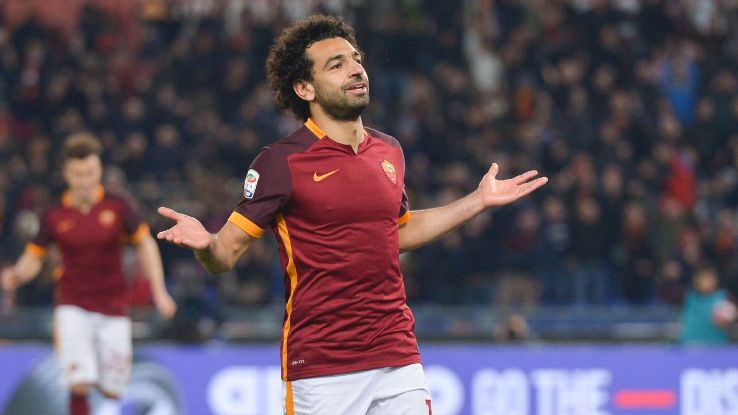 Liverpool have secured the much-anticipated transfer of Mohamed Salah after they negotiated a £34m sum with AS Roma for his services. The Egypt international had been Jurgen Klopp’s prime target for the summer transfer window, and he has now inked a five-year deal with the Merseyside giants, BBC Sport confirms.

Salah came through a top campaign with the Giallorossi last term as he gelled brilliantly alongside Edin Dzeko in the forward department. Overall, he bagged 15 goals and 11 assists during the recently concluded Serie A season while making himself a favourite among the faithful.

The Anfield outfit are back in the Champions League after a two-year wait, and Klopp will seek to utilise Salah at the earliest possibility as the Reds look to progress further than the playoffs. Salah was previously

Salah was previously on the books of Swiss club Basel when Liverpool first approached for his signature in 2014. However, their reluctance to pay up an £11m fee enabled league rivals Chelsea to hijack the move at the final hurdle.

The attacker could not quite settle at the west London club following his move in January 2014 as he found himself fighting for a position alongside the likes of Willian and Eden Hazard. With just six starts to his name, Salah took up a loan challenge with Fiorentina in the second half of the 2014-15 season, where he impressed with nine goals.

He opted for a temporary switch to AS Roma in the season which followed where his 15 goal tally earned him the opportunity to seal a permanent move to the Stadio Olimpico. Salah is now back in the top flight with Liverpool, but he may have to wait some while before he makes himself a regular in the Premier League.

Philippe Coutinho and Sadio Mane are among the first names on the Reds team sheet, and Salah would need to prove his qualities from the substitutes’ bench in order to push for regular opportunities ahead of the star pairing.