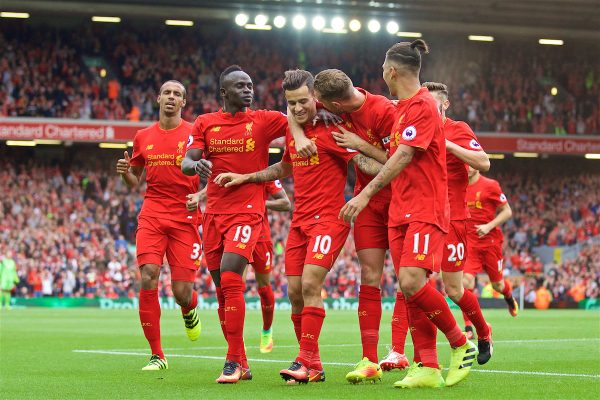 Liverpool Do Not Have A Plan B, Says Gary Neville

Former Manchester United defender Gary Neville feels Liverpool could be the weakest of the top sides in the Premier League this season. However, Neville has pointed out that the easy run of games they have towards the closing stages of this season could give them the edge in the race for a top-four finish.

Speaking in this week’s edition of the Gary Neville Podcast on Skysports, Gary Neville said, “There are going to be two big clubs and big managers to drop out of that top four. You’d have to say, at this moment in time, if every team had the same games towards the end of the season, I think Liverpool could be in trouble.

“They could potentially be the weakest in some ways, but the fact they’ve got a really good run does give them an advantage to get in there. But it’s so tight and it changes week by week.”

Liverpool are currently fourth in the points table, however, both Arsenal and Manchester United, who are fifth and sixth respectively, have more games in hand. Out of the 11 games remaining in the league this season for Liverpool, their upcoming away clash against Manchester City is their toughest remaining challenge. In fact, that is their only remaining clash against a top-six side this season.

However, it is not the matches against the top sides which has troubled Liverpool this season. While they have produced some stunning performances against the other big clubs, all of their five defeats so far this season have arrived against clubs who are currently placed in the bottom-half of the table. They have won away against Chelsea and Arsenal, while they have won at home against Manchester City and Tottenham Hotspur. However, this team, which is yet to lose a game against any of the other top-six clubs this season in the league, has gone on to lose against Burnley, Bournemouth, Swansea, Hull, and Leicester City.

The Reds even struggled to get over the line against Burnley, a team which is yet to win a match away from home this season, on Sunday.

“I’m not sure it is psychological because it’s happened so many times this year. I think there’s a style and tactical issue in terms of how Liverpool play.

“We’ve seen some incredible performances from them in big games where teams have come at them and are open and expansive. But when Liverpool play a team who sit back and go into their shape, they don’t seem to have a Plan B.

“They don’t have a Plan B in terms of being able to control the game in a different style, and when teams don’t allow them to use their energy to press they’re far less effective. They have a great chance of getting into the top four, but they do have to overcome this style problem,” Gary Neville explained in his podcast for Skysports.

Mourinho responds to Chelsea fans’ taunts: Judas is number one