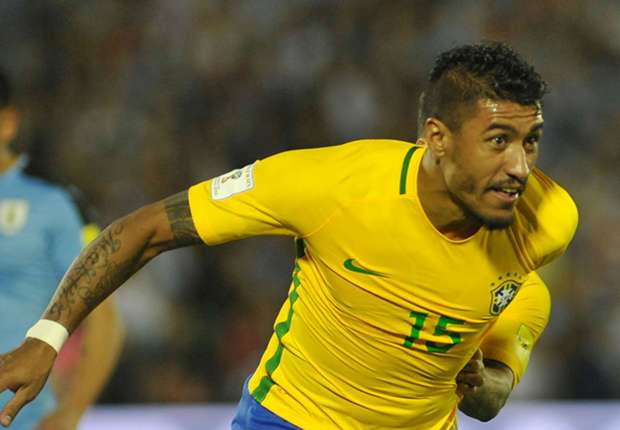 Barcelona superstar Lionel Messi has his doubts over a move for Brazilian midfielder Paulinho this summer. The 28-year-old has emerged as a surprise target for the Spanish giants as they look to find a long-term successor to Andres Iniesta.

According to Don Balon, Messi is not entirely convinced that Paulinho has the pedigree to represent the Catalan outfit, and has, in turn, urged the club’s hierarchy to think over their move for Paulinho.

Paulinho has managed to redeem himself at Chinese Super League club Guangzhou Evergrande following an unsuccessful spell with Tottenham Hotspur, and he is said to be open to the prospect of joining Barcelona this summer.

Guangzhou have already turned down an initial approach from the famous old club, and a renewed attempt could be blocked by Messi himself, who is on a honeymoon following his wedding with childhood sweetheart Antonella Roccuzzo.

Despite being off-duty, Messi does hold a huge importance for Ernesto Valverde’s side after he recently penned an extension to keep him at Camp Nou until the summer of 2021. The decision to snub a deal for Paulinho is unlikely to go well with Neymar who is eager to feature alongside his fellow compatriot next season.

Paulinho has bagged 29 goals during his two-year stint in the Chinese Super League, and he has managed to prove that a move to a lower competition may not entirely impact selection with the national side.

The versatile midfielder has managed to make the Brazilian squad in recent outings, and his maiden hat-trick in the 4-1 thumping of Uruguay has virtually sealed his position ahead of next year’s World Cup in Russia.

Barcelona have lacked the presence of a genuine box-to-box midfielder in their ranks but they may have to contend with their existing squad for the moment with neither Guangzhou nor Messi wanting the deal to go through this summer.

The Chinese football transfer window is due to conclude on July 14, and this leaves Guangzhou in no position to find a replacement, who could cost double the value – with the 100 percent tax system introduced.

Opinion: Three Players who could leave Real Madrid this summer