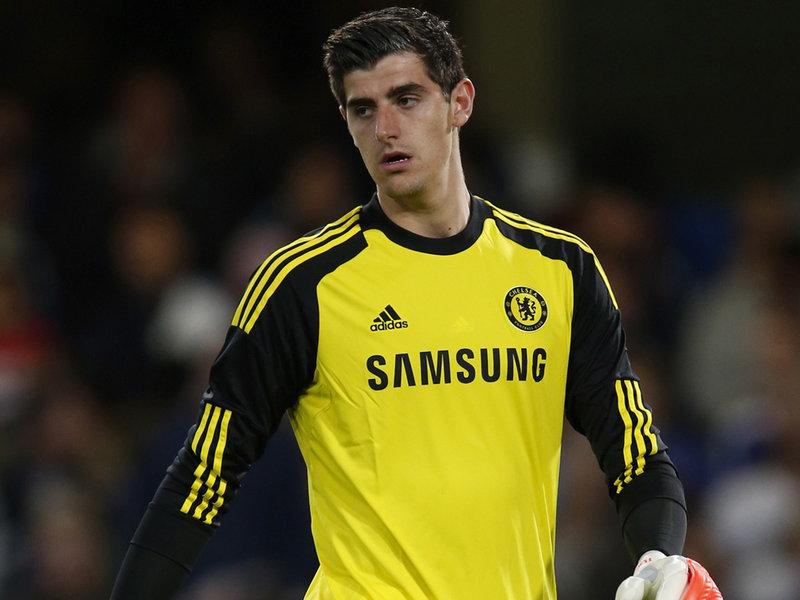 Serie A giants Juventus are the newest clubs to keep tabs on the situation of Chelsea goalkeeper Thibaut Courtois. The Belgium international has just over 18 months left on his Blues deal, and his reluctance to pen a fresh contract has captured the interest of a host of elite European clubs.

Belgian outlet Het Laatste Nieuws claims the Old Lady have joined the pursuit of the Blues shot-stopper as they look into a replacement for legendary keeper Gianluigi Buffon. The Italy international is expected to hang up his boots at the end of the current season, and the club are on the hunt for a new goalkeeper despite Wojciech Szczesny’s arrival from Arsenal earlier in the summer.

However, Juventus are not the sole club in the pursuit of Courtois with Real Madrid and Atletico Madrid also deemed to be monitoring his precarious position at Stamford Bridge. Zinedine Zidane’s side have been dependent on Keylor Navas, who has performed on a consistent basis, but they could move in for the Belgian, should the former performance levels drop.

Meanwhile, former club Atletic have also been credited with an interest as they face a prospect of losing Slovenian goalkeeper Jan Oblak to Paris Saint-Germain at the end of the season. The French giants are said to have identified the 24-year-old as a potential competitor to Alphonse Areola for the number one role starting next season.

Despite the ongoing speculation, talks are still undergoing between Courtois’ representatives and the Blues, although the 25-year-old wants a £205,000-a-week package to come on par with Manchester United’s David de Gea, who is presently the Premier League’s highest paid goalkeeper.

Courtois has helped the west London giants to win the Premier League twice since his first-team debut back in the 2013/14 season, and he continues to remain a valuable performer in the starting XI, having attained six clean sheets in the space of 13 top-flight games this term (Transfermarkt).