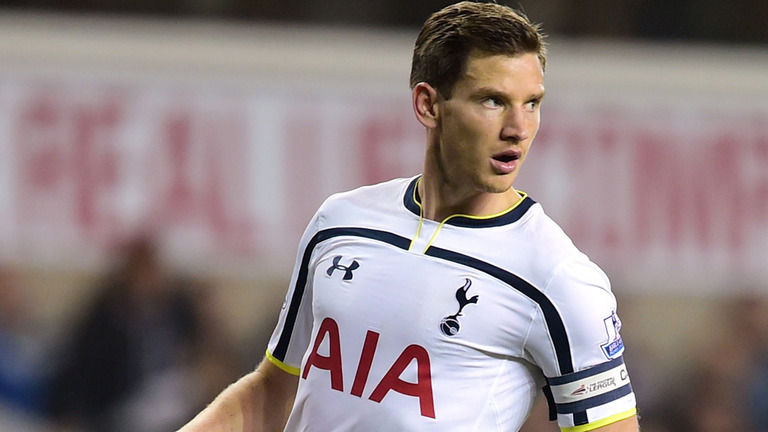 It will be hard for Tottenham to catch Chelsea, says Vertonghen

Tottenham Hotspur defender Jan Vertonghen has admitted that it will difficult for his club to overtake Chelsea in the title race this season.

Tottenham are currently placed second on the points table, 10 points behind league leaders Chelsea. With only 10 games remaining in the season, Tottenham will have to hope for a major drop in the form of their London rivals for them to win their first Premier League trophy. However, Spurs defender Jan Vertonghen is not too hopeful of something like that to happen at this stage.

He told Skysports, “We’re trying to catch Chelsea, but it will be very hard.

“They look very strong at the moment and you have to be realistic. But it could be a good couple of weeks for us.”

Tottenham remained unbeaten in the league until the end of November when they were beaten by Chelsea 2-1 at Stamford Bridge courtesy of a second-half winner from Victor Moses. Their title challenge has also been hampered by their poor form on the road this season. Mauricio Pochettino’s men have won just four of their 13 away games compared to Chelsea’s 10 victories on the road in 15 matches.

However, Tottenham will face four teams who are currently placed in the bottom-half of the table in their next four games after this international break. They will have a golden opportunity to close in on Chelsea, who will be hosting Manchester City and traveling to the Old Trafford to face Manchester United during that period.

Things could have been a bit different for Spurs at this point had Jan Vertonghen not suffered from an ankle injury, which he picked up during Tottenham’s 4-0 win over West Brom in January, which kept him out for four games at the start of this year. In those four games, Vertonghen saw his side pick up just five points from the sidelines, which included big clashes against Manchester City and Liverpool.

However, the 29-year-old feels is pleased with the current form and the system Pochettino has embedded in the side. The Belgian international also remains modest about his importance in the side, despite Spurs winning just two matches without him being on the team this season, and told Skysports, “I missed a couple of big games, Liverpool and City away, so it’s not fair to say with me it would have been different.”

After the returning from the international break, Tottenham are set to play four matches in the next two weeks. However, Vertonghen told Skysports that they are fit enough to cope with the fixture list.