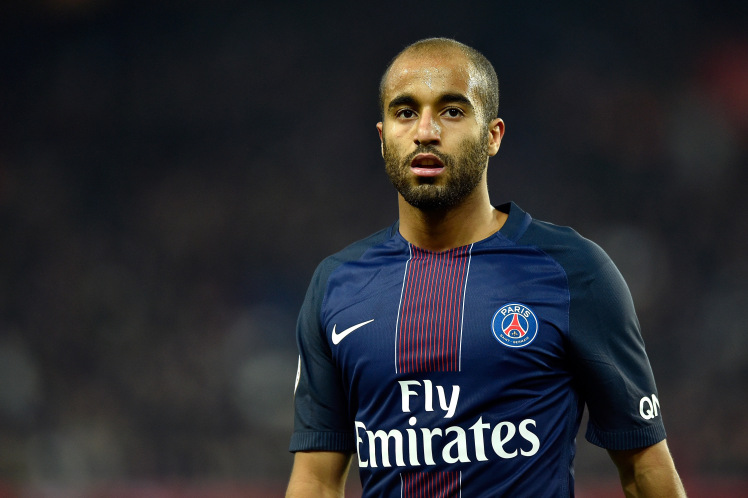 Inter Milan may have difficulty in signing Lucas Moura

Inter Milan are reportedly balking over a winter move for Paris Saint-Germain midfielder Lucas Moura in the New Year. The Nerazzurri have earmarked Moura as the prime target for the New Year, although they are said to have complications with regards to the proposed deal.

According to Calciomercato, Les Parisiens are looking to offload a string of fringe players in January as they look to balance the books after the world-record signing of Neymar in the summer. With this in mind, Moura is among the leading candidates who could be shown the exit door, having managed just five substitute appearances (ESPN) in the French Ligue 1 this term.

Moura has totalled just 72 minutes of top-flight football in this period, but Les Parisiens are hoping to receive a £30m fee for his services in 2018. As per Calciomercato, the Nerazzurri are hoping to secure an initial loan deal for the attacker, and this is something which Paris Saint-Germain don’t agree upon.

Luciano Spaletti’s side are likely to break the Financial Fair Play requirements by pursuing a permanent deal for Moura, but Les Parisiens are nevertheless said to want Moura off their books as they look to balances finances of their own.

The former Sao Paolo graduate featured in all but one league game for Paris Saint-Germain last term as he notched 12 goals and a further five assists (ESPN). However, the new campaign has not suited him well with the likes of Neymar, Kylian Mbappe and Angel di Maria ahead of him in the pecking order.

Likewise, Moura, there are question marks over the future of other players including Julian Draxler and the Capital outfit are likely to make the best use of the winter transfer window in order to come to terms with the Financial regulations imposed by FIFA.

Despite this, Unai Emery will be under pressure to deliver the goods this term with the club’s hierarchy aiming to lift the Champions League crown, which they have never won in their footballing history.

Gareth Bale suffers fresh injury blow, could be out until December