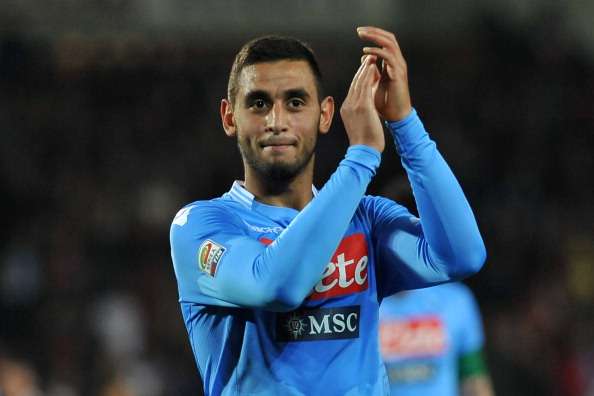 Algeria international Faouzi Ghoulam has committed his future to Napoli by inking a fresh five-year contract. The left-back’s previous deal was due to expire at the end of the season, but his latest extension will surely have diminished talks of him leaving Naples in the near future.

Napoli revealed the contract extension via their official Twitter account, the statement read: “@GhoulamFaouzi has penned a new deal with #Napoli until 30 June 2022! #ForzaNapoliSempre.”

Ghoulam, 26, is currently sidelined with a cruciate knee ligament injury sustained in the Champions League outing versus Manchester City last month, but this has not stopped the Naples outfit from offering him an extension beyond next summer.

The French-born left-back has initially been reluctant to extend his contract only to a disagreement over wages, but he has eventually reached an agreement over a long-term deal, which is likely to disappoint long-term suitors Manchester City and Chelsea.

Despite his injury setback, Ghoulam has made a significant impact during the current campaign, contributing two goals and three assists in the space of 11 Serie A appearances for Maurizio Sarri’s side.

The Naples outfit have made a strong start to proceedings with 38 points from the first 15 matches, and their 1-0 loss to Juventus last weekend happened to be their first of the domestic campaign.

Meanwhile, they are currently third in their Champions League group, and they require a favour from leaders Manchester City if they are to progress to the last 16 of the elite competition.

The Italians presently lead Shakhtar Donetsk in the head-to-head statistic, and they will need to beat Feyenoord in the final group outing on Wednesday night whilst hoping the Citizens beat Shakhtar with a much-changed lineup.

Ghoulam joined the Serie A giants from French side Saint-Etienne back in the summer of 2014, and he has since amassed 151 appearances across all competitions. The left-sided defender has also managed 35 caps with the Algerian national side.