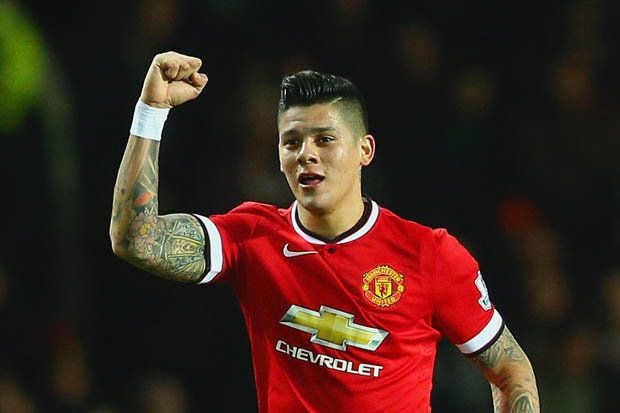 Premier League side Everton have reportedly reopened negotiations with Manchester United in order to secure the signature of Marcos Rojo at the turn of the year. The Argentina international was widely fancied to make way from the Red Devils during the summer but the lack of suitable offers ensured that he stayed put with the Mancunian giants.

However, he has since experienced a tough spell under Jose Mourinho after failing to earn a single minute of gametime in any competition and Metro suggests that the Toffees could be prepared to offer a Premier League lifeline to the former Sporting ace.

Rojo had been sidelined with a knee problem during United’s pre-season and he thereafter happened to suffer another setback while playing for the reserves which delayed his return to the first-team until the start of October.

Since then, the 28-year-old has been a regular feature for United on the substitutes’ bench but he has not got the chance to impress in either the Premier League or Champions League with Mourinho reluctant to utilise any one other than Chris Smalling and Victor Lindelof in the central defence of late.

Owing to this, the speculation has heightened over him parting ways with the Red Devils but he may certainly not come on the cheap of Marco Silva’s men after he most recently penned a fresh three-year contract at Old Trafford.

As per Metro, the move was simply done to maintain his transfer value and United are supposedly prepared to demand a minimum sum of around £18m which is slightly more than the £16.5m paid to prise him away from Lisbon four years ago.

At the moment, Everton don’t seem to have the need for an additional central defender but Rojo could be considered as a long-term option with Kurt Zouma expected to return to Chelsea after his season-long loan stint, while Phil Jagielka appears likely to leave on a free transfer in eight months’ time.