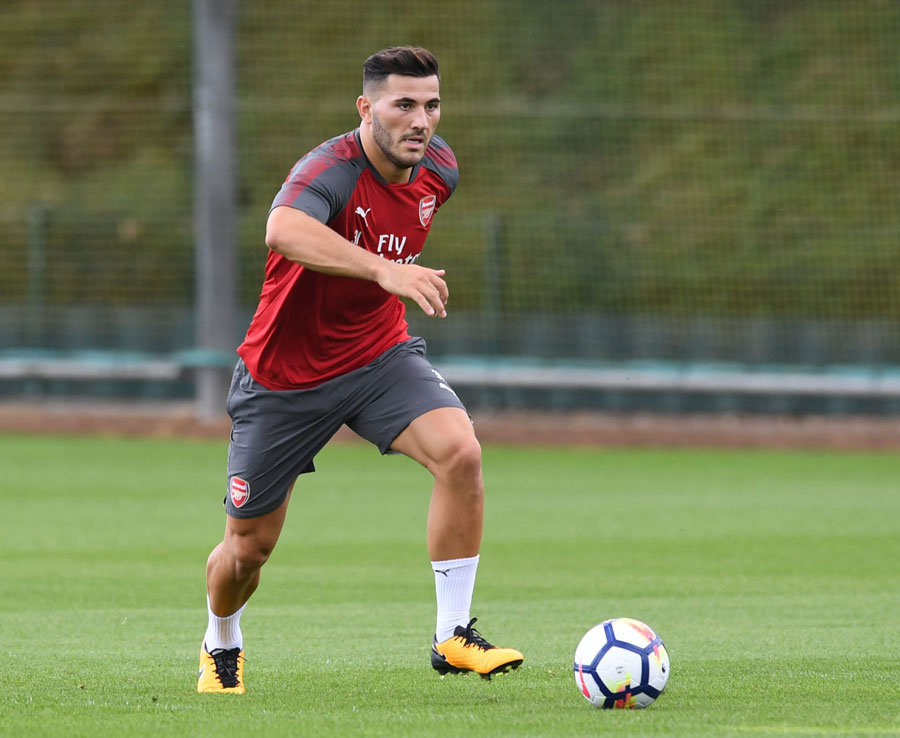 Arsenal got their straight win over Chelsea at the Wembley Stadium after they lifted the Community Shield for the seventh time under the Arsene Wenger era. The north London giants found themselves playing an under-strength side with Mesut Ozil and Aaron Ramsey sidelined with minor injuries whilst Alexis Sanchez and Shkodran Mustafi were short of match fitness. Meanwhile, Laurent Koscielny could have played in the competition but Wenger had seen the game as a preparation for the Premier League, where the Frenchman is suspended for a further two outings. The game was fairly equal at the end of the first period before Victor Moses gave the Blues an early second-half lead. Arsenal kept pushing on for the equaliser, and it eventually came from Sead Kolasinac in the 82nd minute, just 80 seconds after Pedro was sent off for a rash lunge on Mohamed Elneny’s Achilles. Onto penalties after normal time, Arsene Wenger’s side made the most of the new ABBA method which was tested as they ran comfortable 4-1 winners in the shootout.

Petr Cech: Looked a tad shaky with his passing as he mistimed a few. Showed his judgemental skills during the game as he did the ‘Manuel Neuer’ job.  7/10

Per Mertesacker: Handled Michy Batshuayi with ease during his time on the pitch before a nasty elbow by Gary Cahill left him with blood on the face, which led to a first-half substitution. 7/10

Rob Holding: Didn’t look the same defender as in the FA Cup. He made a couple of flaws in the game and was responsible for not tracking Victor Moses for the opener. 6/10

Nacho Monreal: Moved into the centre of the three-man backline following Mertesacker’s exit, and proved as a leader in the defence. 8/10

Hector Bellerin: Was not in the peak of form, but he continued to make his tireless runs only to fail to find the final product. 6.5/10

Alex Oxlade-Chamberlain: The Englishman is clearly not a left wing-back, and it was evident by his crossing which was poor on the day. Victor Moses left him unnoticed on a couple of occasions. 6.5/10

Mohamed Elneny: A replacement for Ramsey. The Egypt international was one of the more assured performers. Nearly scored from the right side corner with a lucky effort which was saved by Thibaut Courtois. Also won the free-kick for the equaliser. 8/10

Granit Xhaka: Man of the match! 100 percent passing accuracy, an assist and a low range effort which would have been a goal if not for the heroics of Courtois. 10/10

Danny Welbeck: Made his usual runs with the ball towards defenders. He still needs to find himself goals in order to become a regular. 7/10

Alex Iwobi: A surprise starter for many, the Nigeria international nearly assisted a goal in the early minutes of the first-half. He, later on, swirled and dribbled only to hit a weak effort towards Courtois. 7.5/10

Alexandre Lacazette: Had very few chances at hand, but nearly scored in the first-half with an effort hitting the woodwork. Tired in the second period 7/10

Sead Kolasinac: Came in for Mertesacker in the 32nd minute. Initially took time to get his passing game right. Netted the all-important header from a free-kick in the 82nd minute. 9/10

Olivier Giroud:  Fairly quiet following his 66th-minute appearance, but hit the winning penalty from the shootout. 6/10

Theo Walcott: Same old Walcott. Mistimed a few passes, missed on a glorious opportunity, where he could have passed to one of his teammates. 5.5/10