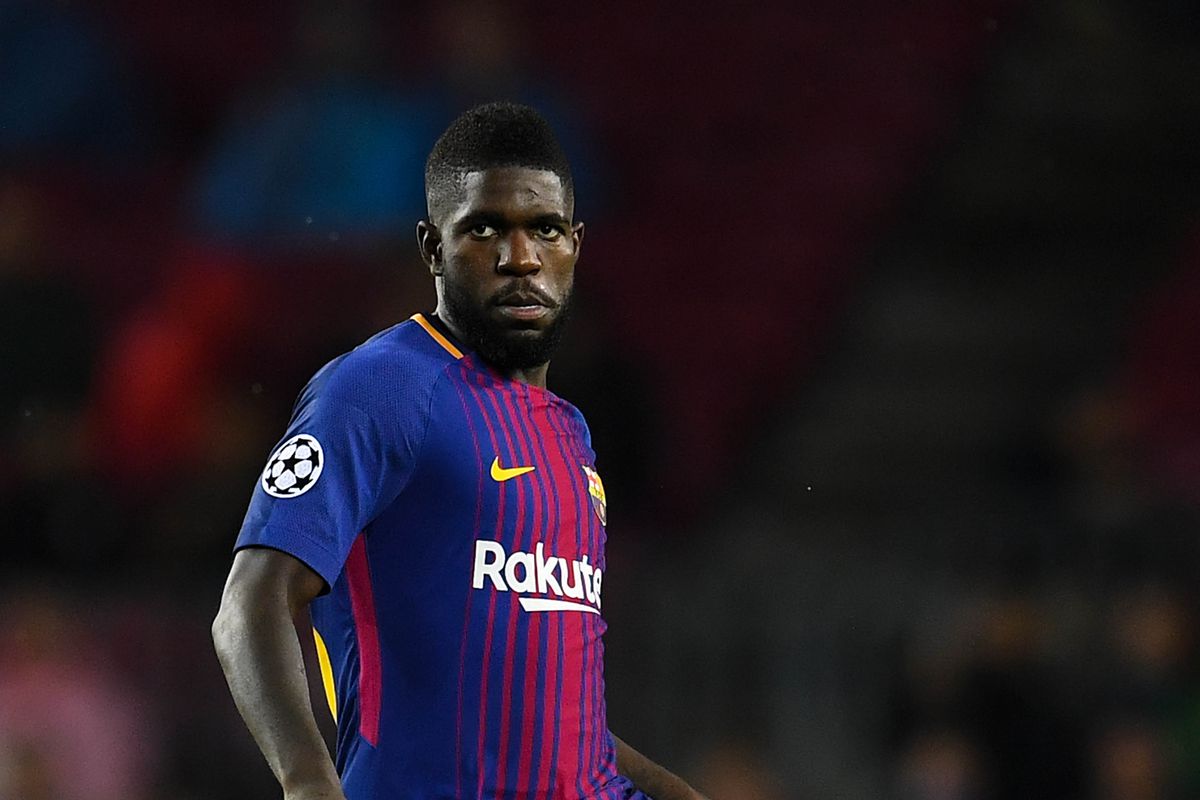 Barcelona defender Samuel Umtiti has acknowledged that Manchester United are one of the many clubs keen on acquiring his services during the summer. The France international has been an influential player for the Catalan giants over the past 21 months, making over 75 appearances across all competitions.

In an exclusive interview with Canal FC, Umtiti admitted that the Red Devils are keeping a close watch on his proceedings, though he is currently content in plying his trade for Ernesto Valverde’s side. Umtiti’s low £52m release clause has come as a concern over the past few months, but the centre-back stressed that he is more focused on his progress on the playing field.

Umtiti has been identified as a probable summer target by United boss Jose Mourinho, who is said to be preparing an overhaul of his backline. The age of full-backs Antonio Valencia and Ashley Young is understood to be a particular concern, but the Portuguese is also on the search for another central defender, who may can provide the assurance at the back – to play more aggressively against strong opposition.

Eric Bailly has been by-far United’s most reliable centre-back under Jose Mourinho, but the Ivorian’s injury concerns have hampered the side at different intervals over the past one-and-a-half years. As a result, Chris Smalling has become the go-to man at the heart of the backline, but his future remains under question with his contract expiring in 15 months’ time.

Victor Lindelof, Marcos Rojo, Phil Jones and Daley Blind have also played at centre-back during some stage of the campaign, but the club appear to have set their sights on pursuing at least one recruit. Aside from Smalling, Jones and Blind have also been linked with summer exits of late – with the former struggling to get over his injury concerns, which may hinder his chances of making England’s World Cup squad.