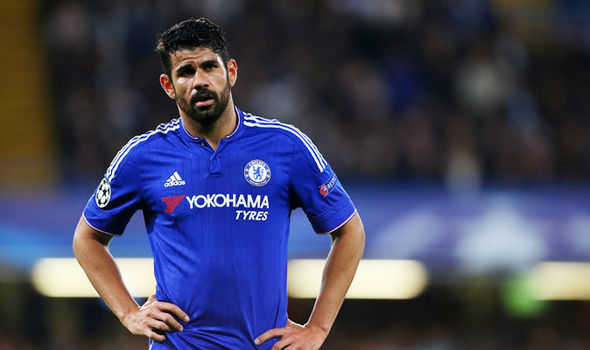 Chelsea have today announced an agreement which will see Diego Costa rejoin Atletico Madrid in the January transfer window. The Spain international has not featured in a competitive game since his country’s World Cup qualifier against Macedonia in June.

According to the Blues’ official website, a formal agreement has been finalised with Atleti, and Costa will now travel to Spain to undergo a medical before securing a long-term contract. Costa has been spending his time in his native Brazil after falling out of favour under Antonio Conte, and Atleti will have the task of getting him back to full fitness prior to his official arrival in January.

“Chelsea Football Club has today agreed terms with Atletico Madrid for the transfer of Diego Costa. The transfer will be subject to the agreement of personal terms and a medical.”

The Spanish outfit are still serving their transfer embargo imposed by FIFA, and this is said to have delayed their plans to bring in Costa, who has been reluctant to join any other club on loan. An official fee has yet to be disclosed, but it is understood that Atleti have parted with a club-record £53m sum to re-sign their former marksman.

The 28-year-old notched 27 goals during the 2013/14 La Liga season as Atleti won their first La Liga title in 18 years, and the Spanish club have since failed to replicate the feat despite having Antoine Griezmann in their ranks. Fernando Torres, Angel Correa and Kevin Gameiro have all accompanied Griezmann in the frontline, but Costa could bring a fresh presence with his physique providing a new dimension to Atleti’s game.

Costa has lost his place in the Spain national side owing to his recent actions at Chelsea, but he will be desperate to make it to next year’s World Cup by putting in a performance with Atleti. The striker is unlikely to play any competitive football for a period of nearly six months, and it will be interesting to see how he performs in his second coming with Atleti.