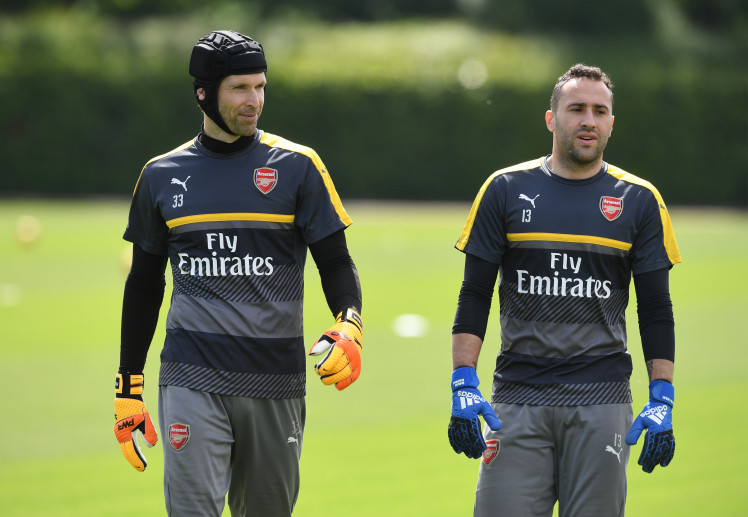 In a report covered on Arsenal’s official website, Wenger confirmed that he has near complete squad to choose from for the midweek outing, with Santi Cazorla the sole player on the sidelines.

As such, Petr Cech has returned to training after missing the previous game with a Pelvic injury which witnessed David Ospina earn his maiden Premier League start of the season.

The Colombia has been the preferred pick in goal in eight of the Gunners’ 10 Europa League games this term, but Wenger refused to disclose whether Ospina would get the nod versus CSKA.

Meanwhile, Alexandre Lacazette is also in contention to push for a starting spot after making his injury comeback off the bench during the 3-0 league triumph over Stoke.

Wenger refused to confirm the Frenchman’s chances of starting following the Potters game, but he has now hinted that the 26-year-old is in good shape to lead the line for the Gunners.

Aside from Cazorla, Pierre-Emerick Aubameyang won’t feature in the game as he is not eligible to feature, as per UEFA rules, but the return of Lacazette has provided a timely boost for Wenger.

Lacazette looked sharper on the playing field following a surgery on a swollen knee, and he offers a better threat in the frontline unlike Danny Welbeck, who is more of a winger than a centre-forward.

Arsenal are currently 13 points behind a potential top-four finish in the Premier League, and their prospects of qualifying for the Champions League now lie entirely on them clinching this season’s Europa League title.

The route is unlikely to be easy with the stiffer competition from the likes of Lazio and Atletico Madrid this time around, but the Gunners can be optimistic of going all the way owing to their improved form of late.