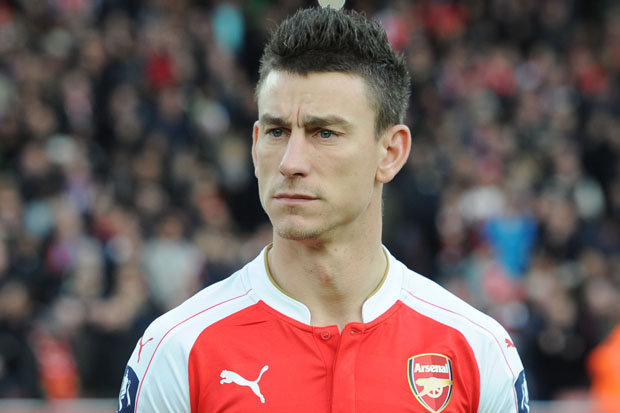 Arsenal’s vice-captain Laurent Koscielny has emerged as the top target for AC Milan as they look to further strengthen their defensive ranks this summer.

The Rossoneri have spent fees of nearly £70m on the likes of Mateo Musacchio, Franck Kessie, Ricardo Rodriguez and Andre Silva this month.

According to French publication Telefoot, the San Siro outfit have Koscielny as their prime target in their shortlist as they look to add more steel to their backline.

Alessio Romagnoli was the only bright light in a defence which impressed in patches last season, and the Rossoneri are potentially seeking to pair him with Musacchio and Koscielny in a back three.

Koscielny inked a fresh three-and-a-half deal with Arsenal earlier in January, but his commitment could be tested this summer with the Rossoneri offering him an impressive project in Milan.

The France international had been constantly linked with Bayern Munich a year ago, and this summer looks no different with Manchester City and Marseille also credited with an interest in the centre-back.

Koscielny was the Gunners’ unofficial skipper in the injury absence of Per Mertesacker, but there is a realistic chance he could be made the club captain ahead of the 2017/18 season.

The 31-year-old has appeared in nearly 300 outings for the Gunners since arriving from Lorient in the summer of 2010. He has won three FA Cups during that period while also reaching the Euro 2016 final with France.

A consistent showing next term remains crucial to making the World Cup squad, and Koscielny will not want to adapt to new surroundings ahead of what could be an important 2018 for Les Bleus.

Arsenal are currently uncertain over the positions of Alexis Sanchez, Mesut Ozil, Alex Oxlade-Chamberlain and Olivier Giroud, and Koscielny would be the last name on Wenger’s thoughts to leave the Emirates this summer.

The FA Cup holders will be plying their trade in the Europe League next term after they finished fifth in the league standings despite accumulating their second best points tally (75) in nine years.