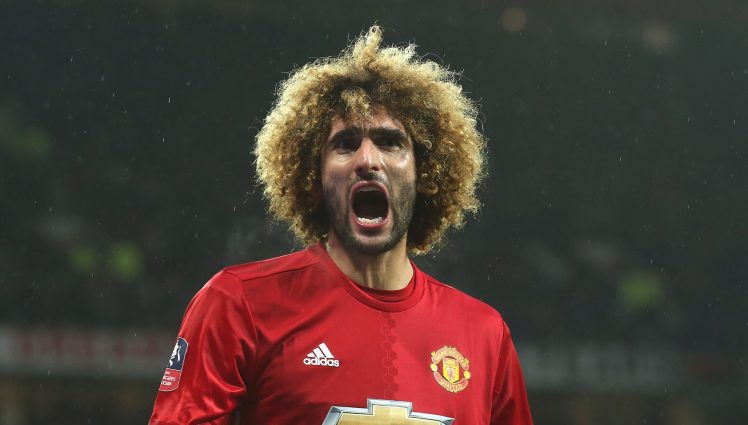 Manchester United midfielder Marouane Fellaini will be out of contract at the end of this month but the good news for the Red Devils is that the player has reportedly agreed a new deal.

According to an exclusive report covered by Calcio Mercato, the Belgian international, who has been targeted by AC Milan, will be agreeing a fresh contract with the Old Trafford club.

Earlier this month, The Telegraph reported that Arsenal have launched a move to hire the services of the 30-year-old former Everton star.

Renowned journalist, Duncan Castles, covered a report for Yahoo Sport and claimed that the player has rejected Arsenal and accepted a revised two-year deal with United.

Last season, Fellaini was mostly on the treatment table due to a knee injury and therefore, he could only start 7 games for the club under Jose Mourinho.

Overall, the ex Standard Liege player made 23 appearances for United in all competitions, scored 5 goals and provided 1 assist.

Currently, the veteran midfielder is in Russia with the national side, who have qualified for the KO stages of the World Cup after topping their group last night.