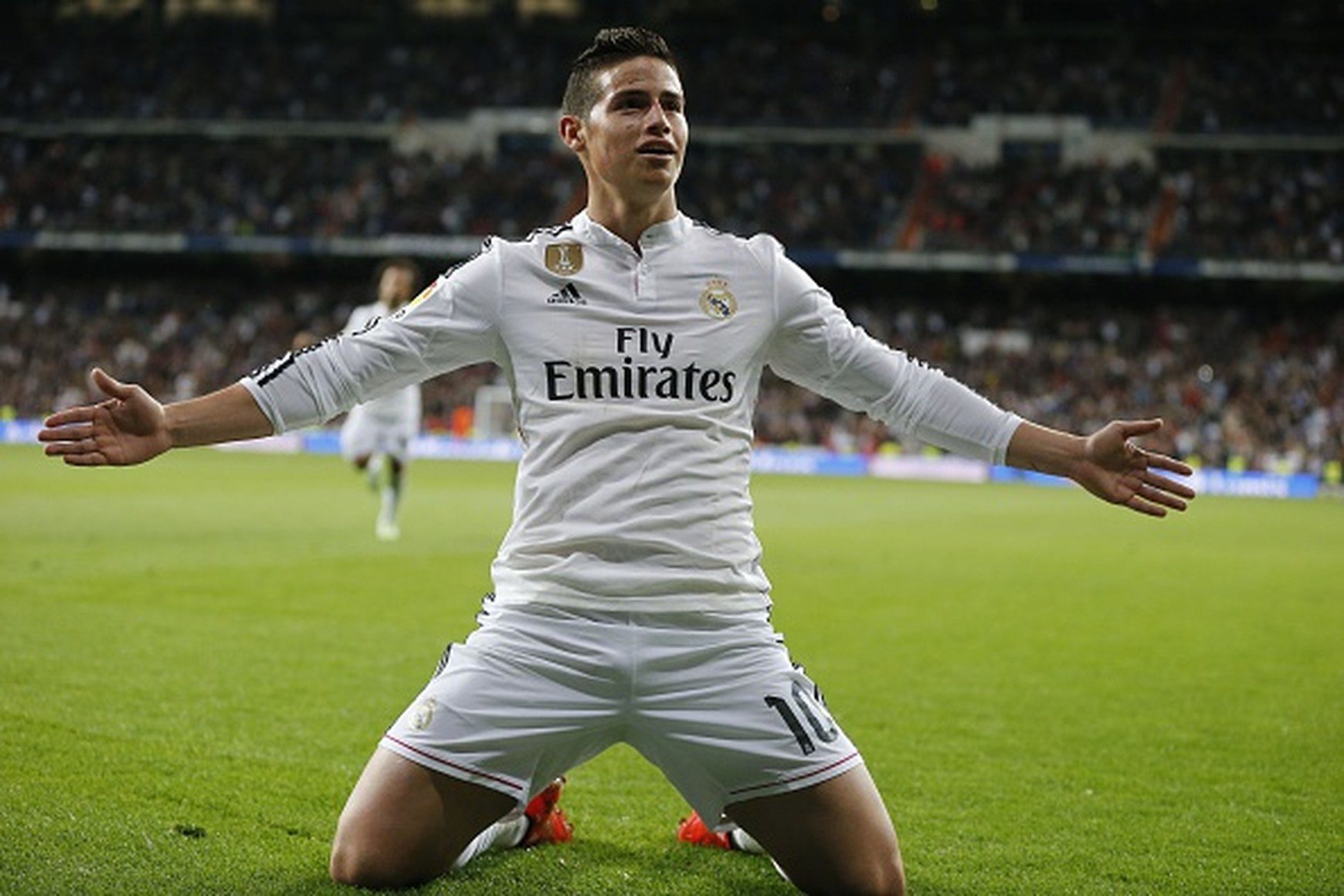 Premier League club Arsenal are prepared to shatter their transfer record in order to acquire the services of unsettled Real Madrid winger James Rodriguez. The Colombia international is weighing up a new challenge elsewhere as he wishes to pursue regular first-team football ahead of next year’s World Cup.

Both Manchester United and Chelsea have been credited with an interest in the 25-year-old over the past month, but according to The Mirror, they could face a potential threat from the Gunners, who have a sizeable kitty to spend on new signings.

Gunners boss Arsene Wenger is a huge admirer of the player’s talents after having scouted him at both Porto and Monaco, and the Frenchman is hoping to be third time lucky by lodging a club-record £50m attempt for his signature.

Real Madrid are currently said to value their asset in the £70m range, and this could further prolong the negotiations with fallen Italian giants Inter Milan also in the hunt for Rodriguez.

Rodriguez is comfortable playing anywhere on the attack front, and he could be seen as a potential replacement for Alexis Sanchez, who surprisingly could join a direct league rival in the summer.

Sanchez is understood to be in advanced negotiations over a potential reunion with Pep Guardiola at Manchester City, but Wenger would rather prefer the attacker at Bayern Munich, who are willing to make him their highest-paid player in history.

The former AS Monaco man hardly got his chance to impress in the big games last term, and there is a sense that he may have played his final game in the Real shirt after he was surprisingly omitted out of the matchday for last weekend’s Champions League final.

Rodriguez notched 11 goals in 32 outings for Real Madrid last term as they celebrated a Champions League and La Liga double for the first time since 1958.