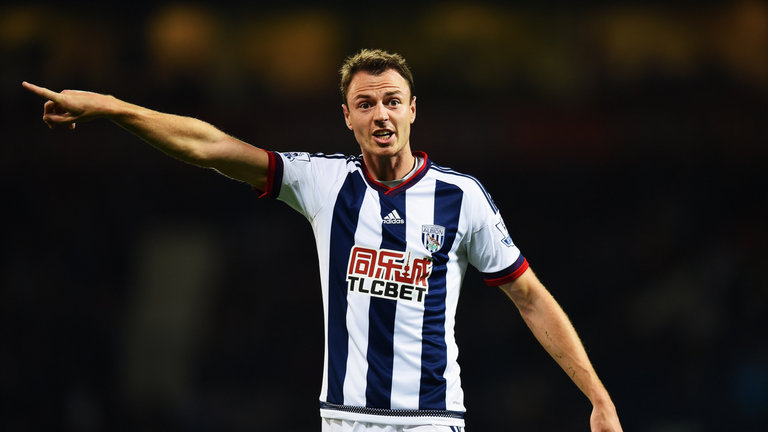 Arsenal are reportedly prepared to tussle with Manchester City in the pursuit of West Bromwich Albion defender Jonny Evans. The Baggies are prepared to cash in on their central defender, provided his valuation is met.

According to The Telegraph, the Gunners have retained their interest in the 29-year-old following their failure to secure his services 12 months ago. The central defence has looked a concern since the start of the campaign, and Arsene Wenger sees the Northern Irishman as a potential upgrade to his existing options.

The former Manchester United graduate is also a target for Manchester City, who have been told to come up with a bid of at least £30m in order to do business this month. Amidst the pair’s interest, Leicester City have had a £21m rebuffed for Evans, and they have decided to pull out of the race for the experienced campaigner.

Both Arsenal and Manchester City are said to be desperate for a new centre-back before Thursday’s deadline, but The Telegraph reports that the latter could end their interest in Evans, should they find a breakthrough in a deal for Gunners’ contract rebel Alexis Sanchez.

Obviously, Arsene Wenger would not want to part ways with his main attacker this summer, but with his current deal expiring in 10 months’ time, a move elsewhere would benefit them financially. Going by history, the Gunners normally let go of their main players much early on in the transfer window, and a late exit would significantly weaken the squad unless they have a replacement in mind.

Evans has proved a huge hit during his two seasons with the Baggies, and his performances have earned him the captaincy following Darren Fletcher’s switch to Stoke City. The ex-Red Devil has not taken the field for West Brom this term due to a hamstring injury, and he may leave the Hawthorns without formally leading on the pitch.