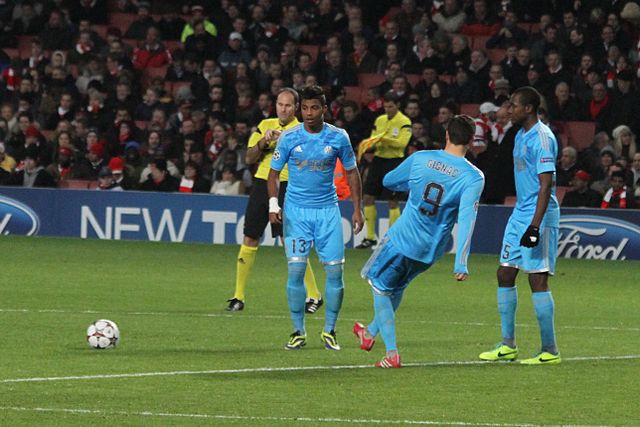 Arsenal could step up their interest in signing Juventus midfielder Mario Lemina when the transfer window reopens in July, Italian publication Calciomercato claims.

The north London giants have endured one of their worst campaigns under Arsene Wenger, and there is a likeliness for change in the overall shape of the squad.

According to Calciomercato, the Gunners could secure a cut-price deal for Lemina, who could be allowed to leave Juventus in the coming transfer window.

The Gabon international had been tipped to leave the Old Lady during the last summer transfer window with both RB Leipzig and Stoke City having tabled a €18m offer for his services – but he decided against the move.

He had therein appeared in the six of Juventus’ opening 10 games before he was awarded a red card in the 1-0 Champions League win over Lyon in October 2016.

Since then, the former Marseille man has largely struggled to make himself a regular in the starting lineup with manager Max Allegri preferring to utilise the likes of Sami Khedira, Claudio Marchisio and Marko Pjaca in his midfield.

As per Calciomercato, the midfield anchorman could be on the move this summer with European giants Lyon and Roma lining up a €8m fee for his services. However, Arsene Wenger’s side still hold a distinct advantage in the player’s pursuit as they could offer as much as €10m in order to acquire his signature.

Lemina, 23, had turned down the likes of Leipzig and Stoke City last year in order to join a Champions League-based club, and this is something the Gunners won’t have on offer for next season.

Arsene Wenger’s team ended their season just outside of the top-four positions after both Manchester City and Liverpool managed comfortable wins over their opposition. They will be plying their trade in next season’s Europa League despite having bagged their second-best points tally in nine seasons – 75.