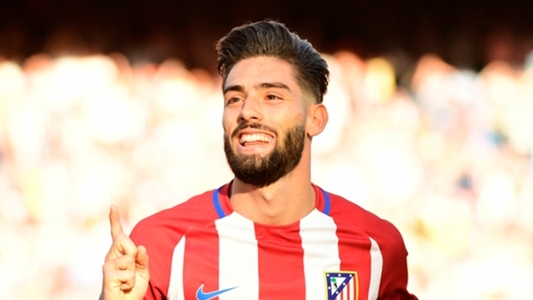 Arsenal boss keen on signing Belgian attacker in the summer

Arsenal manager Unai Emery is said to hold the ambition of signing Yannick Carrasco in the summer after failing with a loan approach for his services during the 2019 winter transfer window.

The Belgian had been earmarked as one of the prime targets for the Gunners in January, but a deal could not materialised after Dalian Yifang turned down a loan proposal from the north London side.

The Capital outfit eventually went on to sign Denis Suarez from Barcelona on an initial loan, but Emery did acknowledge that he wanted to pursue at least two more players in the transfer window.

According to The Express, Emery is still keen on pursuing Carrasco at the end of the season, but the deal won’t be straightforward with interest from the Serie A giants Inter and AC Milan.

It is added that the player’s £8.8m yearly wages could prove another stumbling block, and the former Atletico Madrid man would have to take a sizeable paycut to take up the Premier League challenge with the Gunners.

Emery had wanted to bolster the wider positions during the recent transfer window and he managed to do so with the signing of Suarez, though the Spaniard has yet to start a game for the club in any competition.

As such, the club’s hierarchy are likely to assess his performances through the remainder of the season and based on this, they may decide whether to trigger the obligatory £18m buy clause available.

Arsenal were struggling for wider options at the beginning of the year where Henrikh Mkhitaryan was out of action with a foot concern while Mesut Ozil was having a back problem of his own.

However, the same has been sorted out over the past few matches with Mkhitaryan, in particular, shining from the right side of the attack, and this has nullified the gametime of winter signing Suarez.

Still, the north London giants don’t have much depth in the team barring Suarez and Alex Iwobi, and they can certainly do with Carrasco, who has shown the ability to torment defences with his pace and dribbling skills.

As per The Express, Emery may have to work with a limited £40m budget for the summer, though that could be enhanced, should Arsenal make their comeback in the Champions League next term.