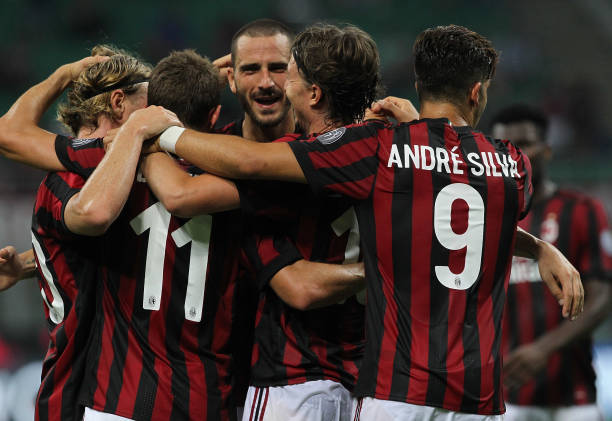 Andre Silva could make a surprise move to Arsenal at the end of the current campaign. The Portugal international joined AC Milan from FC Porto for €38m in the summer, and he has since turned out six times for the club in all competitions.

According to The Sun, the Milan outfit are under pressure to finish in the Champions League places this term or they risk losing a few of their first-team players next summer.

The Rossoneri spent fees in excess of €200m on 11 separate players for the season, but they have so far struggled to find the right combination as they linger in 10th place in the table.

As per The Sun, Silva could be one among the players, who could be sacrificed next term, should they fail to clinch a top-four spot in the Serie A standings.

The Portugal international was a transfer target for Premier League club Arsenal in the summer, but the Rossoneri managed to lure him to San Siro by making the best use of their finances.

Silva has since scored four goals for his new employers, although all of his success has come in the Europa League, where the Rossoneri are up against relatively weaker opposition.

AC Milan have already lost their sponsorship deals with Audi and Adidas for the upcoming campaign, and the failure to reach the Champions League could see the sale of Silva among others to overcome any Financial Fair Play burden.

Arsene Wenger’s side are likely to lose both Mesut Ozil and Alexis Sanchez at the expiry of their contracts in the summer, and Silva has been identified as a potential replacement for the latter, who is seemingly keen on a Bosman move to Manchester City.

Silva is likely to lead the line for AC Milan when they host AEK Athens in the Europa League group stage on Thursday night. The Rossoneri are presently leading their group with six points in two games.