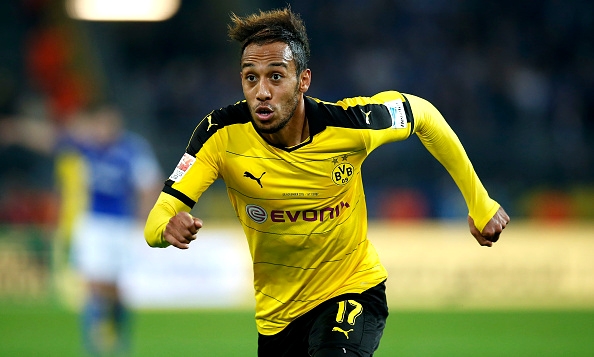 AC Milan are looking to extend their spending spree for the summer with a move for former graduate Pierre-Emerick Aubameyang from Borussia Dortmund. The Gabon international enjoyed a stellar campaign with the German outfit last term as he bagged 40 goals across all competitions.

The Rossoneri have been the busiest of European clubs during the summer transfer window after having recruited the likes of Mateo Musacchio, Franck Kessie, Ricardo Rodriguez, Andre Silva, Fabio Borini, Hakan Calhanoglu and Andrea Conti for a combined sum of over £105m.

Slovakian midfielder Juraj Kucka was recently allowed to leave the Rossoneri in order to balance the books, but Sky Sport Italia suggests that there could be further inward activity between now and the transfer deadline.

Aubameyang has emerged as the latest target on their transfer shortlist as they seek to add a marquee striker to their ranks ahead of 2017/18 Serie A campaign. However, the deal is not straightforward with the player said to demand wages of at least €12m a year.

As a result, the Rossoneri are trying to convince the striker’s father to push through a deal which would earn Aubameyang an annual package of around €8-9m. The San Siro outfit currently face direct competition from the Far East, but there are likely to get a swift answer with the Chinese transfer window due to conclude on July 14.

Aubameyang ended BvB’s five-year wait for silverware last season after he bagged the match-winning goal in the 2-1 DfB Pokal final win over Eintracht Frankfurt. He is currently contracted to Dortmund until the summer of 2020, and the Rossoneri will still have to lodge a club-record attempt in order to lure him from the Signal Iduna Park.

One thing is for sure, manager Vincenzo Montella will be left with no complaints about his first-team squad when they kickstart their Serie A campaign on August 20.